Titanfall With Hardship to Landfall

You are using an out of date browser. It may not display this or other websites correctly.
You should upgrade or use an alternative browser.
For threads related to the Titanfall event of 2021

Status
Not open for further replies. 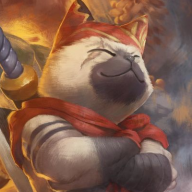 The elder straline seemed confused by the idea of repaying them. Holding up a paw in dismissal of the idea as he spoke.

"You need. We have. We share. Enough to see you safe." He stated with a pleased nod, making a giving motion before setting his paw over his chest. "We have plenty. We share freely. No greed. Greed kill heart. Make friends enemies. Turn litter against litter. But thought good. Good heart."

From the shore, a handful of Straline appeared in nothing more than their fur and carrying spears. The elder turned his whole body to them and rumbled, waving a hand before beckoning Nyaro to the fold as well.

A short exchange happened as the lot of bodies seemed to make the whole deck reverberate with their wordless talks.

Nyaro would nod before turning to Ermengarde and addressing her.

As Arnor Skuldsson came towards the docks, a number of even smaller Straline would gather around him before trying to corral him towards the gathering in front of the elder Straline. The kits were excited to see him, some gawking while others tried to put a paw on him before running off to sniff their paws and wonder at the smell.
Reactions: Ermengarde, Nezu, Abrielle Huxley and 1 other person 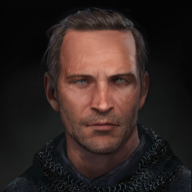 They seemed friendly enough, or at least, intent on perhaps making him into a meal. If they attempted anything... crazy, he wondered if they would be able to handle a massive bear wreaking havoc.

He liked his odds.

He was brought before what appeared to be an elder- or at least, the one in charge. He darted his eyes, looking to the equally-distressed party, realizing that he was the only one shirtless. 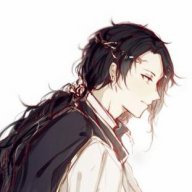 Nezu listened to Rune's analysis of the little cats until his mind began to wander. He hadn't needed to see the kit that made up the dwarf's luggage on the ship - the rolls of parchment, the rivers of ink - to know she was a scholar. Her intense focus and darting, complex way of speaking when she got excited had named her as easily as anything she said.

"Yet I've not heard of anything in our history that speaks of creatures such as this," he mused in the silence offered. "If we have some shared history with them, it can't be common knowledge."

The scripture of his faith had enough tall tales of talking animals, now that he mentioned it, but he had always assumed that was different. A friendly, comforting veneer for younger readers, or in other cases a scathing prod at the folly of mortals. Those stories hadn't happened as written. Had they?

He rose to his feet and dusted off his tunic as the hunter-cats formed up. Though their demeanor was certainly fearsome - he'd not want to be on the wrong side of their spears - they were still wee little cats. He imagined his own cohort of seafarers would be more able to tackle any of the foes they faced in the trek north, especially this well-built newcomer. But then again, it was their ignorance of this land that would likely prove their downfall. Frowning and folding his arms, feeling the dig of the knife concealed beneath his tunic, he posed the question to the hunter leader.

"What are we going to need to worry about out there? Predators? Raiders?"
Reactions: Ermengarde and Belrune Brighthand 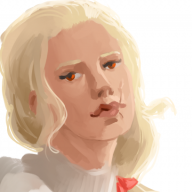 »I am thankful for the generosity of your village, such kindness cannot be accepted without gift. Would you accept a gift of goats?« Indeed goats were rescued from the ship and not far from them. White and bearded animals of fuzzy nature and somewhat 'comparatively to the Stralines' tall stature, bearing good milk for felines and meat. But most likely from her guess, the ships too would be pillaged for supply.

With the hunters forming up in tidy formation, they appeared quite impressive, despite their appearance.

A long gruelling walk through rocky and woody land sounded absolutely splendid, and it would be best her crew got their strength up first. The sailors would likely stay behind to fix up the ships if that were possible.
»Understood!«
She instinctively offered Nyaro her hand before glancing over at Nezu. Good question, she found giant beasts before, from oversized mantises to these weird striding thundering beasts.

»And can I ask too, do your hunters know of...Portal stones? «
A portal stone might alleviate the travel, but most spoke of the weird sounds heard during travel.
But hey, did they have a better alternative?
Reactions: Belrune Brighthand 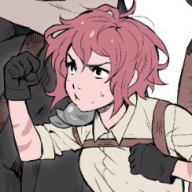 Lance of the Steel Legion

Abrielle stared at the gigantic man who had been led over by a group of the cats, her head tipped way back. He was a good foot - if not more- taller than she herself was. She had never seen anybody as tall or fierce looking as him in her life.

As Abrielle listened to the group talking she grew more and more excited. She had been assigned to protect Melani on this journey. But protecting somebody was no fun if there was nothing to protect them from. All the talk about monsters was making her itch for a good fight.

"That's why I'm here. To protect Mel." Abrielle reminded herself. She hoped for Melani's sake that they wouldn't run into anything too dangerous on their journey. She knew all too well the effects that combat would have on the healer, both physically and emotionally. Her sister had a tendency to overexert herself for the sake of others with no regard for her own well-being. She also knew first hand the effects particularly violent or bloody battles would have on Melani, often causing her to withdraw into herself because of the trauma from her past, or have a meltdown because of it. Whether or not Abrielle wanted to fight was besides the point. She was here to protect Melani, and to make her job as a healer as easy as possible.

Abrielle watched as the cats grabbed small spears, and prepared the equipment for the journey. All she could do was follow her sister and do everything she could to keep her safe. Melani was her primary concern and the rest of the group seemed like they could take care of themselves.
Reactions: Belrune Brighthand 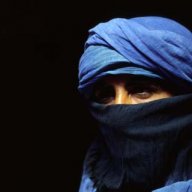 Zara listened eyes wide as the discussion meandered over some standard diplomatic paths. The idea of wandering out into the wilds of this strange land was both frightening and welcoming. She sat and watched as the natives began to assemble some sort of party to possibly accompany.

Standing from her seated position, Zara made her way towards the edges of the growing gathering. If they were going adventuring, the Abtati really wished she had something more familiar and comfortable to wear. She had her knife, but everything else she had salvaged from the ship or bartered with the sailors. It had been fun to pretend to be an adventuring sailor; well, when she was not wretching over the gunnels. Back on land with the prospect of going out of civilized society into the wilds, Zara longed for something more familiar.

“Hello friend,” she greeted a young female cat who shied away from the foreign elf. “Oh! No no no. I don’t mean you any harm. I was just wondering, well, do you have any bolts of heavy cloth?” she grabbed at her worn shirt, “these just don’t work for me. I’d uhmm happily trade something to you. I don’t have much, just what I am wearing, these boots, and, well, my knife if you’d want it. I just need to make some heavy robes. Please?” Zara’s tattoos seemed to faintly glow with desire wherever they were not covered, her arms, hands, neck and face.
Reactions: Nezu, Belrune Brighthand and Abrielle Huxley 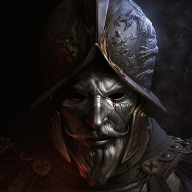 Bring Me the Horizon

"Its the Southern Star, captain!"

Or what was left of her. Drake glowered at their expedition's latest misfortune. Scattered across the Asherah by an unnatural storm his galleon the Golden Compass was hardly seaworthy herself. By the sun's grace most of his crew survived although he reckoned they too would have been dashed against the shores lest the Southern Star's wreckage hadn't been sighted.

"She's well in her grave, sir. If any live to tell her tale they'd have got themselves ashore by now."

Corso descended from the quarterdeck. His crewmen were scrambling around patching what they could before the Compass weighed anchor. Everyone was trying not to think about the storm's edge which still showed no sign of change. This close rain still buffeted the ship in a constant skyfall. He could not stay here but tracking the rest of the fleet on these seas seemed like folly.

"Prepare a launch. We'll reconnoiter for any sign of maroons or the fleet inland."
Threadmarks

Status
Not open for further replies.