Menu
Install the app
You are using an out of date browser. It may not display this or other websites correctly.
You should upgrade or use an alternative browser.
Page
The world is named Arethil, so called by scholars long past or perhaps still lingering. There are three known major continents, two explored and one barren to all but those who dare brave it. Islands dot the seas, some frigid, some tropical. There are many species in the world, and although many think they know how it came to be, none know the real truth.

Much of the world's history has been lost, but a few bits and pieces survive through various cultures. The longest-lived species, of course, know the most, but most of the world has seen a standard back and forth between species. Sometimes the Orcs conquer, a few times the Dwarves have burst from their mountains, once even the Humans reigned supreme. Several species bear grudges against one another due to these ancient histories, but truth be told everyone has struck everyone else more than once.

Currently, the species enjoy a certain amount of balance.

Several cultures hold territories and cities across Arethil, the continents being quite diverse in all areas. Some kingdoms are inter-species, holding no real distinction between human, elf, or anything else. Others are xenophobic and foster a distinct hatred of anyone that might come from the outside. Natural barriers most often divide these territories from one another.


The Age of Chronicles

The Age of Chronicles is the current Age in Arethil.

In the last several years, the recording of history has drastically increased. In addition, knowledge of the past and history has improved. Because of this, the Elbion Timekeepers named the contemporary age as the Age of Chronicles. They predict that this Age will be full of discoveries and changes.

Below is the known history of the Age of Chronicles:
You are able to work around this year as you like, as it is just for the overall setting and major events.

There are many languages on Arethil. Elves, humans and dwarves are all known to have more than one language each. Common or Trade tongue is the most common human language on Arethil and is frequently used by most species to carry out trade. The exception is the naga who are not known to be able to speak or understand any language used by the other species.

At ChroniclesRP we love and share in the creation of new fantastic stories and locations. You are free to invent new species, magical arts and locations. However, the primary means of world building is the forum, not the wiki. Articles posted to the Folklore wiki should already have been established in roleplay threads. This will not only help flesh out your creation, but will also allow people a better view into the small piece of the story you are creating.

With world building in mind, the technology level of the World of Arethil is that of typical medieval fantasy. This means that this is not a medium or high tech level world, and instead focuses on the typical melee and range weaponry of the sword and bow.

Some arcane wonders such as airships and golems still remain, but these items are incredibly rare and beyond the comprehension of most people. We would prefer to keep the technology level low and treat the exceptions as rare relics of a lost age whose creation is still unknown.

There might be a few rare alchemical creations akin to Greek fire. Equivalents to Black powder, for example, is a rare and expensive alchemical creation. Thus there are no ball and musket weapons or other advanced weaponry or technology available. If you have a question about a particular piece of technology and if it fits to the setting, please feel free to ask the staff.

In theory, other planes of reality might exist, but visiting them or traveling to and from them is currently impossible – there are, however, tales of creatures that might cross. The crossing is extremely rare and dangerous. Anything that crosses over into Arethil would immediately be bound by the Laws of Magic.

As it stands in terms of world building, while other realms are not off the table, we are currently focusing on the the world of Arethil. Extraplanar locations and lore thus tentatively aren't the focus of creation at this time.

The World of Arethil is a medium magic fantasy setting with a few guidelines on use.

Magic is a profound power that allows the user to affect the world with their mind. There are multiple definitions of the term magic as well as explanations of the source of magical power. Some view it as another form of energy natural to the world. Some see it as a gift from the gods. It would take ages to cite them all and examine them. Yet regardless of who wields magic, there are some truths that have never been broken...
These Five Laws of Magic are absolute and their consequences cannot be avoided. The First Law is what kills the most mages, though. Magic has a price. Mages – both novices and experts – forget this too often. When a mage fails to pay the price needed or, knowingly or not, invokes one of the Laws – the invisible Herald of magic intervenes to bring balance...

No one knows who built the portal stones found around Arethil. With a touch of magic, or with a key available from a magician in most cities one can travel great distances almost instantly. 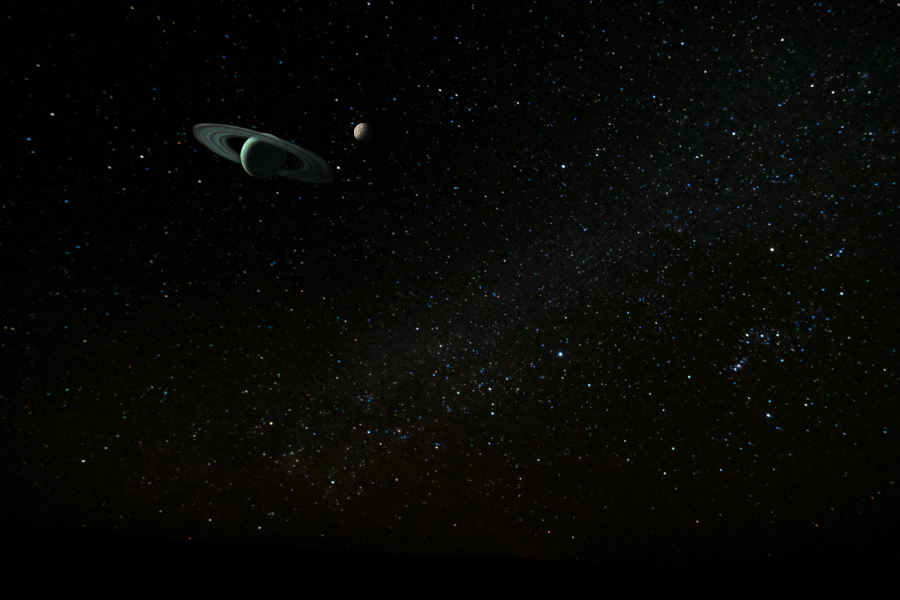 The night sky of Arethil is typically broken up into constellations, but these are completely different from species to species. Even different tribes of orcs have different stories for the patterns they see in the sky.

At certain times of the year aurora can be particularly bright in the night sky, all the way to the equator. There are many explanations for this phenomena among different cultures. A wizard of Elbion once claimed that he would use a powerful artifact of flight to reach the aurora and harness its magical power. He was last seen floating high above the city.

Arethil has two moons. The scholars of Elbion document them as Lessat and Pneria and thus most humans in Liadain know them by these names. Lessat is the larger of the two, blue and green in color. On a clear night white bands and faint white rings can be seen across the orb. Pneria is a much smaller moon and appears rusty orange on a clear night, with dark patterns crossing its surface. Lessat, Pneria and the sun all follow the same path across the sky.

Pneria crosses the sky twelve times in a solar year. The full moon of Pneria is used as the start of a month in several calendars. A Pnerian month is the time it takes for the moon to go through one cycle, which takes thirty days. It follows a traditional lunar cycle where it transitions from a full moon to complete darkness, and then back again. Notably Pneria also changes size throughout the month – when full it is nearly twice its smallest size.

Lessat is several times larger than the sun on the sky. It takes three cycles of Pneria for Lessat to move across the sky. During this time its rings seem to wobble slowly. Pneria will cross in front of its face every month and a half. Once every four months, Lessat catches and swallows the sun.

Three times a year when Lessat catches the sun Arethil is plunged into total eclipse for a day. The sun slowly disappears behind the moon. During this time the rings of Lessat seem to become brighter, even seeming to grow a wider halo, though the light still isn't enough to keep the world from becoming cold and dark for the day. This event has great significance in a number of cultures – the elves of Falwood believe this is a constant cycle where the sun dies and the light around Lessat is given off for its rebirth.

Another feature of the night sky are the Blood stars, most often visible in the north during early winter evenings. They are a tightly packed constellation of clearly red stars that stand out, especially on a very dark and clear winter's night when a faint red aura can be seen around them.