Fable - Ask The Only Thing They Fear Is You 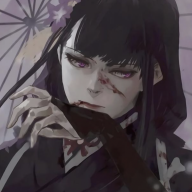 [art cred]
Boats were meant to be burned and destroyed, Everleigh realized.

The great Galleon ship, Pasiphae, was sinking and burning at the same time as Everleigh dodged a major burst of fire that caught the slow group of sailors that thought following her would be a good thing. They weren’t wrong, she did have the right idea to head up to the large deck and get to one of the dozen boats and off the flaming wonderland. What they were wrong in was the fact that they had assumed she was going to slow down for them.

Their screams only encouraged her to run faster.

When Everleigh had boarded this ship at Vel Luin, the idea was that her and the others from the academy would just be extra muscle. They were transporting, after all, living goods. Not humans or other humanoid creatures. But some wealthy merchant from Vel Anir had made quite a name for themselves by selling exotic creatures throughout Arethil. And, as long as the price was right, they would bring whatever creature to whatever person desired it.

These rare and exotic creatures, Everleigh had to admit, were quite interesting. She hadn’t heard about many of them, and was quite curious if any of them were dangerous. Turns out, this batch was extremely dangerous. Dangerous and explosive. Apparently, the three-inch long flying scorpions were like miniature bombs. They were supposed to be kept asleep during the trip over to the northern reaches. Everleigh wasn’t sure exactly how they had been awaken, but obviously someone had messed up.

Now it was a problem to Everleigh who shoved some panicking attendant out of her way as she made her way on the deck. As expected, it was chaos. She wasn’t sure where exactly the designated proctor of the academy was— she was nearly certain they were already on a boat and far away from this mess— or her other classmates. But that didn’t matter. Survival of the fittest at it’s finest.

All the boats seemed to have been taken already, albeit for one. The poison eater’s dull gaze fell on that last boat that had a small group of men surrounding it. She briskly made her way over, hearing the men arguing.

“Well get it un stuck or else let me take a look at it!” There was a roar of agreement from the majority of the group.

“If you think you can do better then go ahead!”

The man who was struggling with the mechanism to have the boat drop was unceremoniously pushed out of the way, almost falling completely off the ship down and down to the waves. After he was finished cursing, Everleigh spoke up.

“Why don’t you just cut it down, everyone jump into the water and then climb on board?” A few men turned around to face her, seeing the light armor about her and then glancing at each other.

“Sorry, miss,” one said, “but I’m afraid we’re full. Actually, we’re above capacity for this little thing. First come first serve.” As if on cue, five men were staring down at her, crossing their arms over their broad chests. If they were trying to intimidate her, they were doing it to the wrong person.

“What a shame.” Everleigh said. She pulled out a coin. “Let’s make a bet. Heads you keep your spot, tails, I get it.” She said, looking at the man who had addressed her. He barked out a laugh, and shook his head. Everleigh frowned. How lame. “Anyone else?” None of the five men humored her and so Everleigh shrugged. “Fine. Have it your way.” Without hesitation, Everleigh inhaled deeply through her mouth, eyes glowing violet and then turned gold the next second. The men stepped back but it was too late for when she exhaled through her mouth, a violet mist was rushing out.

The men quickly fell down, the toxic fumes having the desired effect. Stepping over the bodies, Everleigh pulled out a flat blade, looking at the last man alive. He froze and Everleigh stepped into the boat. “Heads or tails?” 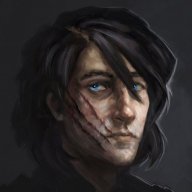 Why? Why? WHY? Why must they always demand he leave his workshop at the worst possible times?

Tinker had a mission. Tinker had funding to raise. Tinker had better things to do but they didn't care because they were slack jawed inbreeds that enjoyed watching him suffer.

The job was to be a guard for some transport vessel. Tedious. Mundane. Not worth his time. The cargo was exotic creatures going to who knew what client. Perhaps some of them would be interesting. Those flying scorpions that supposedly explode would be worth a casual study....

...The ship was on fire. He wasn't sure how, why, or by whom. Despite him asking nicely (he said please before calling them a bitch born bastard) they refused to let him see the creatures. And then after a lengthy debate over the merits of if their mother was worth more than a penny on the corner, things were in flames.

Someone was conspiring against him. Someone was trying to make Tinker hate his life and everything about it.... And he knew who it was....

The Anirian walked over to Everleigh in a mighty humph. She was with some group of men and had a coin in her hand. Was she trying to purchase their services? At a time like this? Well she was in need of some more intimate attention. Perhaps she would stop bothering him all the time while he worked if she did procure their bodies for the evening.

But that wasn't the topic right now!

"Ship is burning." Tinker said as his eyes narrowed. She would know of his accusation. She knew what she had done! 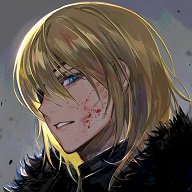 Zael had made his way up from the galley of the Pasiphae. He'd been down there peeling potatoes. Overhearing some sly remark after scarfing down three whole potatoes from one of the sailors sealed the deal: Oh, why don't you come in here and peel your own damn potatoes. Now, there were plenty of ways Zael could've handled this. But he decided, yeah, maybe I will come in there. Beat you at your own job. And so he did. Zael walked right in, picked up a knife, smirked at the sailors, and started racing them. Took some learning at first, honing technique as he went, not all that different from swordplay to be honest. Soon he was chucking freshly-skinned potatoes over his shoulder into the ready basket and the two professional sailors were struggling to keep up.

Then came that smell of smoke. Fuck. Yes. This guard duty mission (which again, Zael was certain he was on as a punishment for backtalking a Proctor) was livening up.

On the deck of the ship, bathed in the orange glow of the now monstrous flames spreading everywhere and consuming everything, Zael arched his back hollered his excitement to the night sky. "WOOOOOOOOOHOOOOOOOOO! I love this shit!"

He wasn't quite sure how the fire got started, he just knew it wasn't him. Or maybe it was him. Heh, before he was down in the galley, he'd been up on deck practicing some of his moves, his bastard sword fully engulfed in fire all the while. Maybe a stray ember became an inferno.

However it had started, Zael wasn't going to be able to fire-hop back to shore. All the skiffs had been lowered already. All except for one anyway.

Zael approached, seeing his fellow initiates Tinker and Everleigh as he came close. He didn't even acknowledge the dead men by the railing, all of whom had inhaled a lethal dose of Everleigh's misty poison, nor the last man alive.

Zael came up behind Tinker, grinning, and clapped his hands down on his shoulders, kneading armored fingers into his flesh in a rough massage. "Tinker! You ready to swim, big guy? Work those shoulders, those triceps, your chest. If you're lucky maybe a shark will get ya some scars on the other side of your face." He gave Tinker's shoulders a little shake and let go. "It's nice to vacate your room once in a while, isn't it?"

Room. Workshop. Whatever the fuck he liked to call it.

Unknowingly playing into Tinker's conspiratorial thinking on the matter, Zael glanced over to Everleigh, who was already in the final boat. "Hey Ever, you have any notion of who started the fire?"

Punctuating this, a secondary explosion from one of the volatile flying scorpions sounded from below deck. 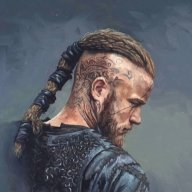 Why was it exactly that every mission he was sent on seemed to end in absolute catastrophe? First the bloody Orcish Camp with Edric, then that cursed Archon making an absolute mockery out of life itself, and now he was trapped on a burning, sinking boat full of scorpions. A boat he was supposed to be protecting mind you. He'd no idea what had set the blaze, but in the blink of an eye the entire crew was running around like chickens without heads.

When the explosions and sudden waves of heat had begun, Henk had been on the deck looking for activity out on the water. If anybody truly wanted to steal the cargo this boat held, they would come from outside, he figured.

At first he'd worried that maybe he'd missed something, that the explosions were some sort of an attack. against their vessel. When he saw the thick columns of smoke rising from inside the ship, it dawned on him that it was the very cargo they sought to protect that was destroying the ship.

Even if Henk had some semblance of an idea as to how to save the vessel, he seemed to be the only one interested in trying, even his fellow Initiates had abandoned their posts, now standing over a collection of corpses as they loaded themselves into the last remaining boat. "Everleigh..."

He sighed as he began making her way over to them, weaving between flames and bodies as he does his best to ignore the scalding flames burning at his legs. The young woman was far from the most unpleasant company, and Henk often found her quite enjoyable.

She had a tendency for violence though, just as all of them did. What made hers different is how quickly she seemed to switch between kindness and malice. It made her almost as dangerous an ally as she was a foe, especially with that unseen killer of hers, that poisonous gas...

"Zael, now isn't the time for your quips. We're going to get a chewing out as it is for this mess." Henk arrived behind them, walking past both he and Tinker to join Everleigh in the boat, gloved hands dusting the ash and embers from his coat. Leigh was still toying with the last of the crewmen who remained alive on the ground before them, and the coin she carried glistened in the light of the fire. "Leigh..." He began softly. "We should really go..."
Reactions: Zael Castomir
You must log in or register to reply here.
Share:
Facebook Twitter Reddit Pinterest Tumblr WhatsApp Email Share Link
Top Bottom