You are using an out of date browser. It may not display this or other websites correctly.
You should upgrade or use an alternative browser.
For threads related to the Titanfall event of 2021
Threadmarks 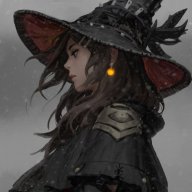 "Explains why you make such amazing bait, then," Tess said snarkily, sticking out her tongue at the offending fop.

Turning back to pool of water with Big Dark and Blobby sitting down at the bottom. She frowned a moment, then took a few big steps back from the water. The last thing she needed was to have the thing erupt from the water like a crocodile and grab her while she was digging through her bag. That was a rough trip through the savannah from what little she remembered of the events.

Muttered words of power spilled out as she dug around through dimensional pockets. She pulled seemingly random bits and baubles from the depths and either set them aside or tucked them into pockets on her robes. A little spool of thread, an eerily clear cube of flawless crystal, the bell from a cat's collar, and a small penknife were set aside on the ground while a few more items found homes on her person and out of sight. She closed up the bag and slung it over her shoulder before dusting her hands off and picking up the trinkets. Tess carefully handed the little cat's bell to Seteta with a warning not to drop it before lightly underhand tossing the spool of thread to Chaceledon.

"You'll need those soon, I think."

With that simple phrase, she polished the crystal cube, spoke a single word of power, and chucked the thing into the pool of water at the blob. A moment later and the pool, and the blob, erupted into a blinding, sustained light. Once again, Tess realized she'd been a little too successful. The bauble was meant to function similar to a very bright lantern.

As she shielded her eyes, she realized what she got was a light akin to a miniature sun in brightness.

"Anyone see anything?" she asked, pointlessly.
Reactions: Seteta 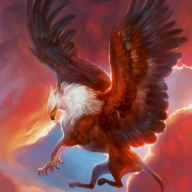 The strange stone beneath their feet began to tremble within the flash of illumination.

A rumble like a thousand distant thunder strikes echoed upward from the depths below.

The water running between the cracks in the stone trembled and then began to drain.

A sucking sound issued forth from the lagoon, the murky waters seeping downwards into the deep.

And then the entire chamber grew still.

Then it exploded with activity.

Great arching tendrils as big around as a pirate ship shot upwards through the stone. The ground beneath their feet buckled as the lagoon bubbled upwards and gave way to a black, spine-covered mound of chitin. Before their eyes an elder creature surged upwards, shattering the stone around them.

The chamber began to fill with water, gushing in from the tunnel they had used to enter it. The magical protection had broken ... or been cut off.

Within moments it was ankle deep and continuing to rise. The tentacles around them made to grab, swat, and smash at the occupants of the chamber. 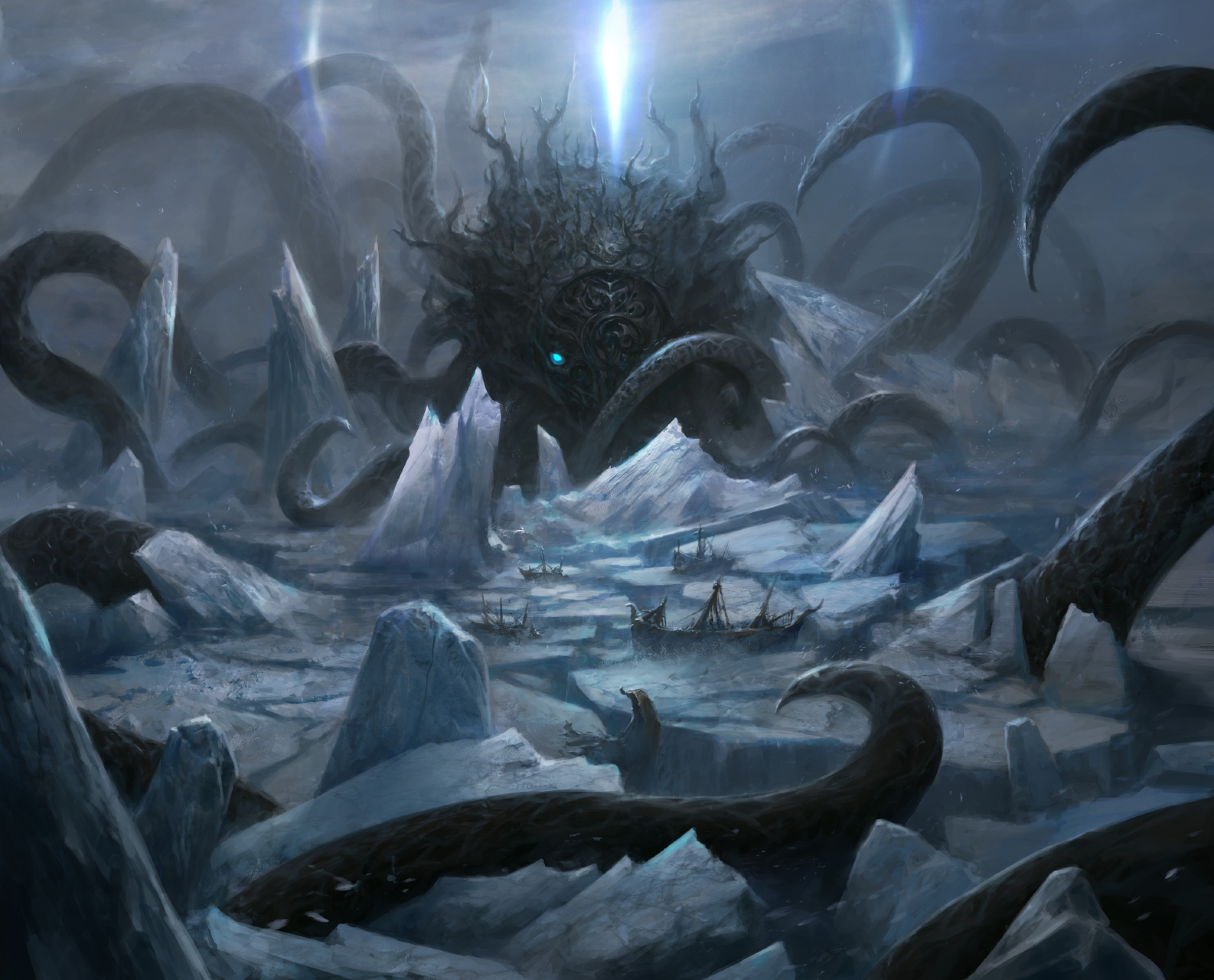 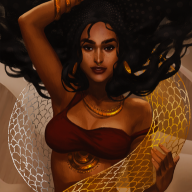 Seteta sighed wearily and ignored the childlike spat continuing between Chaceledon and Tess. Fortunately, Chaceledon didn't throw another snipe at Tess before coming up beside her and attempting to speak with the creature.

Unfortunately, before they had a chance to see if there would be a response, Tess took... action. Blindingly so. Before Seteta could even register what Tess had shoved into her hand--and the warning not to drop it--there was suddenly blinding light flooding through the cavern.


Tess said:
"Anyone see anything?" she asked, pointlessly.
Click to expand...

Seteta let loose a string of Abtati expletives that would have made even Chaceledon blush if he could have understood them. As the ground began to tremble under their feet, she leaped up and back, pushing Chaceledon away. A glance over her shoulder showed that any escape route was cut off.

The little bell tumbled from her hand.

As she stumbled backward, leaving Tess to her own devices, Seteta grabbed Chaceledon's hand and pulled him next to her as she crouched down and pressed her palm to the stone as the water began to rise. Her sight was only just adjusting to the blinding light of Tess' incantation, and she swore again as she caught sight of the writhing tentacles.

Desperately, she pushed the magic out, through the stone and into the floor of the sea. She didn't know what to do, but when she caught heat an idea struck her, and she tugged at it, redirecting the flow of it through the ocean's bottom and toward Chaceledon.

"I'm opening a volcano vent!" she hollered to him, and not even a second later, the stone floor next to him crumbled away and heat burst through the air. 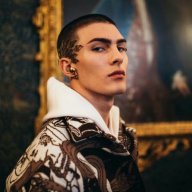 Chaceledon caught the spool of thread and looked at it. Magical, obviously, and decently well made. He frowned and tucked it away into a pocket. He wasn’t sure what Tess was doing. She was always digging in that infernal bloody bag. When Tess produced a small cube, and made to throw it in the pool, a sinking feeling tugged at his stomach.

“No!” It was too late. A bright, consuming flash flooded the room and his hand went to his eyes. What the hell had she done?! “I can’t see anything anymore you blithering fool! Ghat!” He cursed in draconian. He was about ready to throw her into the pool himself! What was she thinking? Did anything like to be awoken with a lantern to the face, much less a mysterious sea monster?

That assumption, it seemed, was correct.

Black tentacles erupted from the chamber, shattering the floor. The pool rose with a thorny mass of chitin. The creature wasn’t just in the pool but under the entire cavern! The spells that surrounded them were beginning to crack, flooding the chamber with water. Seteta seized his hand and yanked him down and away from the angry creature.

What were they to do?! “You stupid ignorant child!” Chaceledon raged at Tess, looking around for any escape route. A tiny bell rolled wildly at his feet and he snatched it up; Tess kept magical things, and they could use all the help they could get. Water was approaching his calves and he stripped off his outer robe angrily, tossing the white garment at the creature. It would keep him from being weighted down. He heard Seteta shouting, but he wasn’t sure what. He was too busy desperately trying not to get crushed.

Heat, then. Blessed heat!
Chaceledon lunged for it. He didn’t hesitate, but plunged down into the volcanic vent and felt more alive than he had in years. He shifted, shedding his human form. A long ribbon of amethyst and copper, he coiled himself in the heat. He still had to hold his breath under the water, but now he had something to fight with.

Chaceledon emerged with a surge of boiling seawater, fifty feet of scales. His beloved mane was wet and bedraggled, but the teeth he bared were anything but tame. He snarled at the monster, and took in a deep breath. A gout of purple flame, hot enough to melt salt, swept toward the tentacles. The room was filling with steam, making air bubbles trap themselves on the top of the chamber. They would still have at least a little air.

Enough of your tantrum! Chaceledon roared, ears pinned against his neck.

The light died, the black shape erupted, and all hell broke loose.

Flooding water and tentacles were everywhere and it was all Tess could do to stay on her feet with rushing water, Seteta ripping open a volcanic vent, and suddenly Mr Fancy Prancy Man was Mr Fancy Prancy Dragon Man. Or, maybe he was a just a dragon. Tess wasn't entirely sure, all she really knew was things had gone from strange to chaotic, though not entirely crazy chaotic by her standards. This was easily in the top ten most insane moments of her life that she remembered, at least so far, but definitely on the low end of that list.

She dodged one tentacle as the amount of steam and heat in the air turned everything into a sauna. The steam made breathing hard, but not impossible and, at the very least, she could still breath which meant the magical bubble thingy hadn't shattered, though she knew she should probably be careful. Ancient magic and new magic didn't always mix. She'd read a book about how harmonic frequencies and resonance cohesiveness were the cause, but if she were honest, she'd only half read the gigantic tome.

Tess yanked a bauble from a pocket and scooped a handful of water in the other. Breathing a word of power, she blew air across the water in her hand, freezing it before slamming what looked to be a the broken, blunt end of a knitting needle into the ice in her palm. The ice in her hand molded itself to the trinket and she hefted the object as she leaped over a swung tentacle.

With the shouted word of power, she flung the oblong lump of ice and trinket. As it left her hand, the magic in the Word of Power unlocked the enchantment in the bauble. What had been a weird chunk of ice morphed itself into a razor tipped spear of enchanted ice flying at incredible speeds straight for whatever creature was suddenly attacking.

The attack would have been one to remember if she hadn't taken a tentacle to the gut right after. The thing wrapped around her and lifted her high up off the ground, if one considered the bottom of the sea the ground. With only one arm free and the enchanted bag pinned to her side, she did the only thing she could think of and started biting the tentacle as viciously as she possibly could to get free.