LFG Anybody for a family? 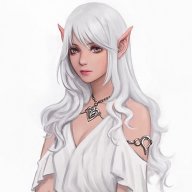 Haloshooter Omg what a touch! I didn’t even think about that! Very interesting..I edited my character to reflect such an idea very nice!
Reactions: Unity Mendrev 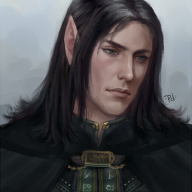 The Dour Lord of House Mendrev

These are all fantastic! I'll happily edit the details of the family situation as we pick 'em, but in the meantime:

Alysandra Mendrev
As his eldest, is aware that he may put an amount of pressure on her. Elyr is not a born socialite and leans on his daughter's talent and fondness for political and social matters more often than he should. Perhaps because of this, he is infinitely proud of Alys and takes great joy in seeing her at her best, doing all he can to support her growth and development. Secretly terrified of the day when he will have to find her a husband, and she will move out of his life.

Desiminla Mendrev
Elyr's relationship with Desi is complicated. He sympathises with their need for space as a fellow introvert and perhaps honours their distance a little too much, coming off as distant and awkward. Regardless, there is an mysterious element to Desi that reminds him strongly of their late mother, and he does go out of his way to check in on how they are doing, usually by way of asking their sisters.

Unity Mendrev
A very easy daughter to dote on! Elyr takes great pleasure in spoiling Unity when she asks for time with her father or for opportunities to play, and has always had great difficulty with disciplining her. Struggles with the idea of her having to grow up sooner or later.

Asuego 'Susanna'
Even after all this time, still catches himself referring to his 'Revered Ancestor'. Nervous around Sussana and does not find talking to her easy, but deeply respects and values her powerful wisdom and deep-rooted intelligence, and looks back on their occasional long chats with fondness.

Would also like to put forward an idea for an inaugural thread to give our lot some space to see who they are: after months of relative quiet and inactivity, House Mendrev has been strongarmed into hosting a gathering of the local Elbion nobility. They will need to get things set up for hosting an event, and will need to keep trouble at bay while their very important friends and guests are in attendance.
Reactions: Unity Mendrev, Alysandra Mendrev and Desiminla Mendrev

Oo yeah! Maybe It’s been dormant with grief shis wife’s passing. The family has all been hurting together but now their ready to reopen the gates!!

I love it! I’m so ready to play with these little drama bombs and that sounds like fun! And a great way to see how Desi enjoys hoards of party goers invading thier space while thier sisters are just having a wonderful time.
Reactions: Elyr Mendrev, Unity Mendrev and Alysandra Mendrev 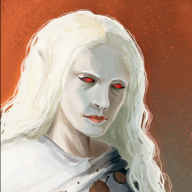 Small note that Asuego Kiamast is of the ancestral nocturnal elf bloodline.

I call dibs on eyeshine and clairsentience! I have your hair too! I wanna be Great gran grans favorite odd, demon sum...banishing..lil monster. :3

p.s I realize that these are qualities we can all share. But I can’t miss a chance to be dramatic. That and I’m possessive lol! >w<
Reactions: Alysandra Mendrev, Unity Mendrev and Asuego 'Susanna'

Desiminla Mendrev thought about what kinda eyeshine?
Depending on the lineage of elves, it'll either be from: reds-pinks maybe oranges and yellows.
or: blues, cyans, greens and yellows.
Reactions: Unity Mendrev

it would be whatever kind yours is wouldn’t it? Since you are my great gran gran! :3
Reactions: Alysandra Mendrev, Asuego 'Susanna' and Unity Mendrev

I assume one of these would have slowly moved west and intermarried with other elven kinds before ending within the Mendrev lineage. So either is possible!
Reactions: Unity Mendrev 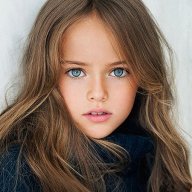 
Elyr Mendrev said:
Would also like to put forward an idea for an inaugural thread to give our lot some space to see who they are: after months of relative quiet and inactivity, House Mendrev has been strongarmed into hosting a gathering of the local Elbion nobility. They will need to get things set up for hosting an event, and will need to keep trouble at bay while their very important friends and guests are in attendance.
Click to expand... 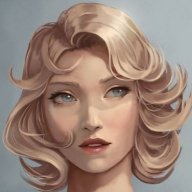 Unity Mendrev said:
I love this idea! Let's do it!
Click to expand...

Hurry up and do it then lol or I’ll do it! I have so much time right now lol.

I’m thinking there can be a fun opening of everyone being excited and trying to hide it from Desi while making up excuses as to why they need to get ready, but despite everyone’s best efforts Desi eventually finds out and implodes mentally.

I can see it now at breakfast lol

“I feel the same.” They said with zero indications of change in feeling or enthusiasm.

“It’s a happy coincidence you’ll be out of the house. I have things to do today and I need absolute quiet. Or..” Staring into her victims eyes deeply with a dead eyed stare.

“It might get out again. Your lucky it didn’t get you last night before I caught it.” Shoves a pancake in her mouth and slurping down the syrup from the pouring container before Nose boops and glides away. “Oh no! If she finds out she’ll ruin everything!” Lol those are my thoughts lol >w<
Reactions: Alysandra Mendrev and Unity Mendrev

I like the idea of keeping it secret from Desi. It'll be funny when they finally find out that there's going to be a bunch of guests hanging out at the manor.

I propose that we go with the breakfast idea. Then have Alys and Unity run around the house the rest of the morning trying to set up for the event without looking like they are and avoiding Desi as much as possible. Desi could be sneaking around behind them attempting to figure out what's going on.

Then Desi can find out about it like right before it happens and deals with it however they will. Then the party happens.

Maybe Elyr Mendrev can start it. He can set the stage a little with how he got voluntold to host the party and we have breakfast to introduce the rest of us!

*Grumble grumble. Chews on pencil* >w< Oh shoot! I like that idea but Desi wouldn’t snoop around to find anything out so she will simply be naively oblivious to obvious lies or other wise simply because they don’t care enough to really examine things.

*Servants passing in hallway with party dishes.*
Sister between Desi and the trays passing.
“Ah! Y-You know what! Let’s not go this way!”

Desi absorbed in book. “Hm? Why not?” She would ask her eyes lazily tracing from her sisters eyes to the book.

Other sister peeks around corner behind. “Say something!” They mouth waving their arms.
“There’s..A fiiree?”
facepalm.
“Oh no..We must evacuate..” Desi would reply with a long yawn and a slow blink. Turning the page with a light touch.

Extreme example but that’s generally how she will be. Missing massive details until suddenly one extremely small mistake has the effect all of the massive hints should have way earlier. I think it’s a funny bit at least lol
Last edited: May 2, 2021
Reactions: Unity Mendrev and Alysandra Mendrev

The Dour Lord of House Mendrev

Aye aye - I'll get it started in the morning!
Reactions: Unity Mendrev and Alysandra Mendrev 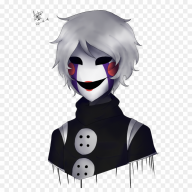 Guess I'll get to work on my character, man I missed a lot. Anything important I should know from what I missed? Also, since my character will be an uncle, should they be on the human side or the elf side of the family?
Reactions: Unity Mendrev and Elyr Mendrev

I think you could go with either one you like better. Plenty of room on both sides of the family!
Reactions: Unity Mendrev, Elyr Mendrev and Nycto

Hmm, I'll think on that. I'll probably just end up flipping a coin or something like that cause I'm lazy and bad at decisions.
Reactions: Unity Mendrev and Alysandra Mendrev

Well then, I should probably ask something to gauge ages and stuff.

To me it sounds like she died fairly recently, like maybe 1-3 years ago. I think somebody suggested something about her dying when Elbion was destroyed. As for her age when she died, if Alysandra is the oldest and 26 in human years, their mother was probably in the range of her late 40s to mid 50s. That's what makes sense to me but any other opinions are welcome too!
Reactions: Elyr Mendrev and Nycto 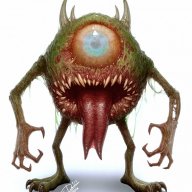 woah, been away for a few days and I've been missing out a lot.
I see the chosen last name is Mendrev? I'll create the character immediately after work and post it here.