Private Tales the crystal of darkness 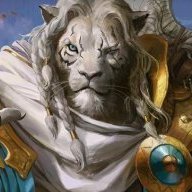 the bar was loud and roudy with humans, my comrades and i chose to sit further towards the back of the room. my second in command my medic and my mage are all thats left of what was a large contingent of soldiers sent to this land by our king to find artifacts of value to bolster the defenses of our home land if only we had known that humans had ravaged the mainlands, our people have not been here for many generations.


"sir i have heard rumor of something you may find interesting." my mage smiles as he says this. i look to him questionly.

he continues giggling a bit as he does.

"there's rumor of something these humans call a power stone, from what ive heard it sounds very similar to something we know in our home land"

he pauses for what i can only assume is dramatic effect.

"i believe its the long lost crystal of darkness, our religious texts have mentioned a stone that contains a god of darkness once sealed away by powerful mages only to be used in times of unending war were only a stalemate is expected, it can turn the tide of any war or battle."

i roll my eyes knowing our trusty mage there's a catch. he sees my reaction and giggles once more.

"yes sir you are right there is a catch, the stone is supposed to be deep in the forests of falwood in the heart of what is now savage territory"

i start rubbing the sides of my head. the crystal would be a great find but going through savage territory even for us skilled magic casters and warriors i fear we would soon be killed and eaten.

my men look rather shaken by this revelation they look at me worriedly my medic is the first to speak.

"sir it would be madness to enter those woods, we barely escaped the last time. we were completely surrounded if it hadn't been for our foot men we would never have escaped those lionmen-"

i growl at the mention of our kind.

"they are not lionmen they are demons their fur is neither white nor pure they lack honor they lack morals and i refuse to hear them be referred to as lionmen, only the purebloods should hold that title"

i slam my fist on the table slightly cracking it in the process. my medic looks a little sheken. i don't know why that made me so angry but it did. i sigh and return to rubbing my head i sigh once more before continuing.

sha'raw may be our medic but he turns 14 soon and still hasn't grown his mane, only a monster would yell at a practical cub. i give him a smile and a pat on the head.

my mage seb'raw is sha'raw's older cousin. my second in command da'ra looks at me questioningly.

"getting back to the matter at hand sir, i propose we enlist the help of a furless folk (general derogatory term for non lionmen) it always helps to have more men at our disposal"

i burst out laughing at this.

"what could a furless folk possibly do? hold our items for us, become demon food after the first night in falwood. you are funny i haven't heard a good joke since i was a child"

the serious expression on da'ra's face told me he was not kidding, but perhaps its something to think about 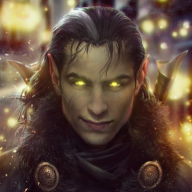 The bar around Vulpesen all seemed to pass by in a soft haze as his hand closed on another ale. Finally, he had earned himself a furlough from Varos' busy schedule after taking down an especially tricky slaver and a few of his buddies as a bonus. Now, he spent some of their liberated coin on some of this establishments most wonderful tasting libations.

Between his tilting mind and noise of the bar, his ears did manage to pick up on one set of voices which carried something of interest. Magical artifacts, dark gods, and a distinct lack of manpower. For him, it sounded like the perfect opportunity to get out and stretch his legs in a place other than a tavern.

Rising from his seat, Vulpesen approached the group, his tail flicking invisibly beneath his cloak and illusions. "And what would be the pay for such disposable men should they find themselves non-disposed by the end of your little adventure," he asked, taking up a nearby seat and setting his drink down on the table.

my men looked notably startled by the sudden intrusion but didnt react. the question was a fair one though a little rude to but into anothers conversation.

i look him up and down quisidly eyeing his clearly altered form both my medic and mage could see what i see my second in command was born magically inept so he most likely couldnt sense it. i take a sip of my drink.

"the darkness rewards those who serve it, if you help us our lord will reward you handsomely name your price and my king will pay it, though i must warn you in savage territory we are likely to be attacked every night and watched every moment, you need to be okay with killing their young as well just as we purebloods use our young for healing the savages use there young for war, because of their small size they can hide in the trees and often will attack in groups with poison tipped arrows, if they cant arrow you to death they pounce and the next thing you know your head is a kids first trophy, they can look innocent but they are trained killers. our young are more adept at healing magic so we train them as field medics perhaps we aren't any better using our children in war too but at least we have morals. ive seen a group of these monsters men and boys happily tear one of my men to pieces the children were excited the look in their eyes pure evil''

my medic speaks up sheepishly for the first time.

"when we first came here i was still in training, i was collecting herbs one day when i went too far into the woods to chance a butterfly, i had never seen one before. then i met a savage cub they tried to skin me alive lucky sir heard my mews for help and they ran away when they saw him . the next day we were ambushed by the adult savages and the children. we lost 5 that day including my mother."

he wipes a tear from his fur, then looks angry

"if you see a scout, cub or not you kill it immediately their escape only means reinforcements"

he says rather matter of factly

It would be a lie to say that their terms and language didn't leave him a bit disquieted, but their final story did allow him an opening to gather some empathy with the feline warriors. The promise of reward also didn't go unnoticed. "I avoid killing when possible. Maiming, trapping, and otherwise incapacitating I can do without hesitation. But if you want me to handle children, even dangerous ones, you'll need to content yourself with them being trussed up and left to be found after the deed is done."


Of course, Vulpesen could and would kill if needed however he had been trained to fight with non-lethal means just as extensively as any other solider learned the art of killing. If anything, it made the zorren a far more dangerous combatant as he was used to holding back in the average fight. "I suppose I'd have to know what this prize is worth to y'all to decide what my price is. Wouldn't want to charge copper for something worth a king's ransom."

i empty my mug while thinking. sometimes the gods simply give you what you need, we needed help, this could be the help we need.

my men are quietly watching me for my response, the mear mention of spareing one savage let alone any of them that we happen to cross along the way would be pure harrassy in the home land.

"i believe the darkness would forgive us sparing the lives of any cubs we happen to come across, we aren't monsters after all, i believe my medic has a few spells that are non lethal."

my men look confused the slight growl in my words indicated to them now was not the time to object.

"as for the object in question its used to summon our gods and lay waist to our enemies, in the days of old before we left the mainland before the furless rained supreme we were the lords of this land but one day the people claimed the purebloods had traded their souls for power and that we were no longer lionmen but demons who threatened the existence of the old gods, a war broke out that pitted us against them, we began to call on our gods for power and they gave it willingly but it called for sacrifice, the blood of our enemies only made us stronger. on the last day of the war the arch bishop casted a spell calling our gods of darkness from their depths to lay waste to the savages that dared defy our purity. the bishop created a stone that would house the god of destruction once his will was done, the death and destruction was beyond anyone's expectations millions died and when we sealed our god away we were left alone, the rulers saw what they had done and mourned the loss of fellow lionmen to summon the god it took sacrifice of our own peoples energy a cost we did not foresee whole cities were filled with the dead, in destroying our enemies we destroyed ourselves, the three kings at the time made the arch bishop seal the stone away deep underground where no soul could find it, or at least that's what we have been told. my mage hear believes its not lost and has a good idea of were it should be. we have been studying the maps and have pinpointed the location of the lost city, its right in the middle of the savages territory, once we get there we should be able to sense our gods presence, once we have the object i will send word for supplies by the time we reach the shore in the north their should be a ship with your reward on board "
You must log in or register to reply here.
Share:
Facebook Twitter Reddit Pinterest Tumblr WhatsApp Email Share Link
Top Bottom