Private Tales A Taste of This World 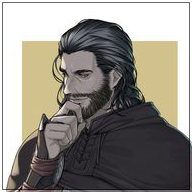 Coran nodded, and reached out to take her hand.

Slowly the two of them descended down the stairs, more than a dozen eyes upon them as they walked into the crowd of greedy humans. The people around them waited, desperation clinging to their souls. A servant opened a nearby door, an announcement was made, and seconds later the flow of the crowd began.

Dozens of people moved outside, all steering well clear of Coran and Genevieve. A few tried to strike up conversation, but most were simply too occupied with greed and curiosity to even ask what was happening.

Minutes later they all stood outside, overlooking Cobell’s wondrous gardens.

There a raceway had been laid out. Large enough for horses to maneuver around. ”The game is simple, for those who wish to play.”

”Reach the end…” He projected his voice, ensuring that every man and woman in the crowd heard. ”By any means necessary.” 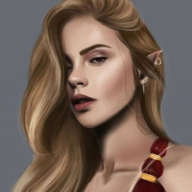 Their greed did not please her in the same way it did Coran but she was still pleased by the reactions of the guests. She smiled as she stood next to Coran and looked over the immaculate gardens that they had reorganized slightly for this party.

Genevieve watched as the racers got ready to go. Once it seemed like the first group of ten was ready, she spoke loudly to start the contest.

"On your marks! Go!" She yelled out as the horses started to move at the behest of their riders.

"How many do you think will die in this first race?" She asked Coran before placing a happy kiss on his cheek.
Reactions: Coran

Coran watched as the horses began, his skins eyebrow raising slightly as Genevieve placed a surprisingly tender kiss upon his cheek.

He looked at her for a brief moment, as though suspecting something, and only then answered. "A few, but not too many, I think."

The greed was starting to bloom, it had been sparked, but it had not truly set in. Things would get more desperate as the night went on, as the games narrowed the pool. It was an inevitability. Eventually they would fall over one another.

Coran would have to make sure they didn't all die.

He needed their greed, that power.

"We'll have to keep stoking the flames, my Dear." He slowly leaned in and whispered. "A gentle hand, a whispered word. We need them to not just want it, but need it."

Genevieve was oblivious to Coran's suspicions as she watched the race with glee.

Yes, a few would die for sure. They would be weak though. Their greed would not be great enough if they didn't make it through this first game even.

"Aren't you happy that you found someone with my particular talent?"

She turned her attention to the demon in this handsome body and let the mischievous smirk cross her lips.

"Does it work with greed besides for gold? Perhaps sex?" She had an idea that would turn the half of the party not participating into a fun little greedy game of group fucking.
Reactions: Coran

"Mm, of course." Coran said, and surprisingly meant it as well. Temptation was easy, but something like this? It was most certainly far more expansive than he would have had the patience for himself.

Plus, it had been Genevieve who'd first lit the spark of this new...foundation he could now stand upon. A small smile touched his lips as he watched the race below. Many people were now stumbling over one another, shouting, lashing out with whips meant for horses.

He could sense the greed begin to grow. "No, I do not think so my dear."

"That would be lust." A chuckle escaped his throat. "That sin belongs to another."