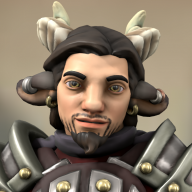 We wolves are creatures of two natures. The blue moonslight guides us, and the green shade of the forest hides our step. It was your Knight-Commander Anathaeum who first showed me this, awakened the magic in me. Spoke the great wolf spirit. Her visage becoming soft, less indefinite. But now, that time is hundreds of years gone, and my light grows weak. If I stay in this dark world any longer, I fear what I will become.

Lysanthir's heart pumps a bit harder for her, his gaze sliding between the three squires in front of him.

It burdens me, that I must lean on ones so young. Her great eyes, as green as the moss of the world, glowed flickeringly as sunspots. But Anathaeum, too, was but a pup when they saved me. Stand tall and remember yourselves, Knights of the Vale.

Lysanthir inhales deeply, musk filling his nose again, and nods. When her head sweeps, she reveals to them something once long forgotten, once long hidden, and Lysanthir further thrums with firmly held excitement.

Open the door, and lead me on to the last hunt.

While Hector quietly parses out the Great Wolf's meaning, Innis walks up before any can halt her. "These look like the wards that are on the henges around the Monastery," she calls, noting the Loch and Wild keystones, and their size.

"Innis!" called Hector, before he too went forth.

Vos seemed demurred as he followed.

What happened before I came?

Lysanthir gives Innis a stare, brow raised. Emanating forth a reservation at her going ahead and touching things separate from the group that they all may coincidentally feel, as he brings up the rear of the group.

I'd rather let you three figure this out yourselves, and join you once you have the answer. You must learn to solve things on your own, eventually. Still...

"Remember ourselves. Loch and Wild." He says quietly, giving Vos a shoulder pat to usher him nearer, encourage him forwards, before holding up the indexes of each hand, bringing them near.
Innis Vos Fleetwood Hector
Reactions: Innis and Hector 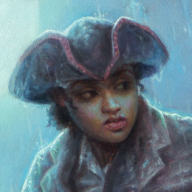 A sinking feeling was pooling deep in Innis's gut, despite the excitement of the ancient runes in front of her. She could feel Hector's anxiety and the quiet rage of Vos, little stippling hiccups in the flow of mana that they shared. Had she been too hard on the younger squire? Well, it was too late to apologize now. She would find some other way to make it up to everyone. Innis steeled herself against the doubt and continued clearing off more vines and ivy from the stone door.

For it was a door of sorts, she could see that now. Not anything like the portal stone of the Spine, but perhaps something that uncovered the hidden, a path that was already there but unreachable....

Innis took a step back and stared at the tall arch of runes, mouthing this or that spell under her breath to see if any of them fit the configuration.

"I don't think there is a spell," she replied to Hector's question, still looking up at the scale of Wild and Loch. "Master Featherwind told me that way back when, you sort of just..." she waved her hands around in a vague circular motion. "Felt things out."

This was Innis's absolute worst quality. If the magic in question couldn't be read in a book or memorized, she had a hard time with it. Judging by the geographic location of the runes, she was pretty sure they had to stand in a certain arrangement and think about a certain thing, but that was about all she could glean. Hesitantly, Innis moved over to the left of the arch, where the highest concentration of Loch runes seemed to be, and planted her feet. "I think I should be over here?"

She looked hesitantly at Hector and Vos, and even hazarded a glance at the satyr knight behind them. That was all she had.
Reactions: Lysanthir of Arapat and Hector 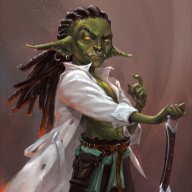 Vos allowed himself to be pushed forward toward the others, but he still had a look of annoyance on his face. He was looking at the symbols, but mainly focusing on the wild runes. He could pick out some of the more simple loch runes, but the other side was easier.

"It's no spell. The runes are the spell. We just have to provide the right energy to power them."

The only reason Vos knew anything about this was because he had literally been learning about runes last week. The reason runes were popular in the old day is that everyone did not need to know spells. As long as one person could draw the rune, then anyone could provide the power if they knew how. He had thought that was pretty cool when he learned about it, mainly because if he could get someone else to learn the rune then he would never have to bother studying the boring spells, but the others did not need to know that.

He did not want to explain himself any more than that. The others could follow along or not, Innis already had the right idea, so Hector could go along or get left by the rest of them. Vos moved to the right of the arch looking closer at the Wild runes. They were old runes and Vos did not have a complete understanding of how they worked, but a part of him naturally understood what would be needed to charge them up. While the technicalities of the spell might be different, Wild magic was Wild magic, no matter how old or new it was.

Without thinking much, Vos had moved to place his hand lightly on one of the runes to inspect it. 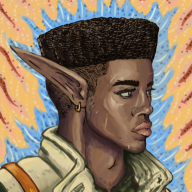 A Heart for Iron

"Provide the right energy," Hector tested the theory on his tongue as he looked up at the thing that looked so much like a gate. "That certainly sounds worth trying," he said, looking over at Innis, and, Syr Lysanthir, finally arriving to Vos.

He had learned some about runework, but so far, his studies had encompassed those seals of Life and Flame. Still, he felt drawn to the side of the Wyld.

When Vos reached out to touch the carved out rune, a thing that looked akin to a wolf's padded foot, it came to life with a feint glow. A lively green, as verdant and rich as young pine needles. The magick energy traced its way around the runes spiraled on the floor, following ancient lines carved into the stone until it began to paint the the next marking, a rune that resembled a tree. Above that were, branches, then something like leaves, clouds, phases of a moon waxing. At the top of the arch, a full moon.

Hector stepped up beside vos, and bent low to place his hand on a different rune, let his wyld magick spread through him, and hoped the theory was correct.