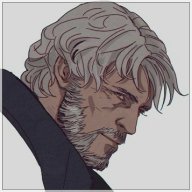 ​
In the Ixchel Wilds a party from Belgrath explored the ruins on an ancient civilisation. The land where nothings grows, thought to be the city Age of Wonders started and where its downfall began.

Deep in the ruins they discovered a lost portal stone. One that had been tampered with by ancient techology fused with magic. They found a gateway to a place of darkness. Something was disturbed.

With the gates under siege no warnings left the dwarven City of Belgrath. No force was assembled to investigate further. Now blood red mists spread across the landscape, swallowing towns whole.

The Allirian Rangers came across a survivor wandering the reach. Exhausted and traumatised she would only repeat one phrase.


"The demons of pandemonium are loose"​
Reactions: TheScarletDastard, Havilah, Oracle of Writing and 1 other person

When does the event start?

How will the event run?

Where will the main thread be set?
How will that work with our own stories?

What happened in "What Remains?"

Raigryn Vayd said:
It was only of the first - and lowest - order of creatures. It had no name. One would be provided if it ever ascended. Its body was stooped and gnarled in heavy muscle. Fit for a life toiling away in the mires. Its mind was also fit for its duties. Whilst there was the capacity to recognise the unknown, it could not plan a course of action based on was it sensed. Instead this triggered a base response: find a creature of a higher order to make decisions.

The creature with no name loped away until it sensed a higher being. A member of the Third Order. Standing tall and proud, turning its crimson gaze to observe the work. That gaze snapped down as it was approached. It reared up threateningly but instinct drove the lesser being on despite the obvious risk.

I am Menthoclass of the Third. You dare approach?

Others, it communicated back. In the Beyond.

Menthoclass communicated appreciation at the news being brought swiftly. That did not make up for what came next. It could only brace as its own body was torn apart by Menthoclass as punishment for addressing a creature of the third directly. The last thing it saw from the ground was Menthoclass cleaning its claws before turning to find something even higher to report to.
Click to expand...

Raigryn Vayd said:
Far more than the simple beast it had despatched, Menthoclass knew how to approach a creature of a higher order with respect. However, it had never communicated with one from the seventh order before.

At each ascension their kind changed in new ways. Because of this he recognised the form of great G'thallan floating through the mists. He approached in the respectful way, but felt a shudder run through its spines as a hundred eyes turned. More than that, he felt the oppressive weight of its very being turn its attention upon him.

They said that a being of the Seventh could trace its routes to many beings of the Fifth. Yet within its Krynt there was always a dominate personality. The weight of its experience, intellect and many different voices considering what action to take seemed to hold Menthoclass to the ground.

It wasn't just a portal stone. It was set neatly at the base of the circular pit, perhaps twelve feet below them. It was surrounded in what seemed line vines. Except that these vines were made of metal. The rusted lengths almost seemed to be holding the portal stone in place. These lengths connected to the metal strips laid into the floor.

Interfering with portal stones was something that everyone agreed was a bad idea. Their magic was ancient, older than the Age of Wonders by most accounts. How accurate could those accounts be after this many years? Could this have been where the portal stones had been invented? Or was this where the downfall of the age had started...
Click to expand...

Raigryn Vayd said:
"The stones are normally thought of as older than the Age of Wonders by a long way." History was quite murky on anything going back that far.

Raigryn peered at the mirror. The mists didn't look like a veil. Wherever it was showing them was covered in a thick blanket of fog. Shapes moved in the mist.

Raigryn Vayd said:
Raigryn gave a shake of his head. Realising that no one was paying any attention he said: "no."

He stepped from side to side on instinct, perhaps to test if those eyes would follow him. They didn't, but he was overwhelmed by the sense of a presence watching them back. It wasn't a pleasant feeling. It was like a great weight placed upon his chest with he looked back at those red orbs.


MENTHOCLASS, TAKE YOUR SECT. BRING THEM TO ME.

As you wish it, Great G'thallan, overlord of the metruvian mires and...

Menthoclass shuddered at the weight of the interruption. It wasn't often that a higher being would stop a lesser form from completing their full title and showing the proper respect through body language and scent markers. It was hard for Menthoclass, a lowly third order, to comprehend the thoughts of a seventh. But it did seem to him that G'thallan was disturbed by what it perceived in the Beyond. The land of their ancestors. Their rightful home.


There was a snap that rang out around the small room. Raigryn's hand went for his sword. Three sparks appeared on the floor before starting to move. Rather than closing on their group they started to etch a trail of fire on the floor.

A flash of fire. Raigryn shielded his eyes. When he moved his arm aside something was in the room with them. It stood several heads above him. Almost humanoid, with a leathery black skin. 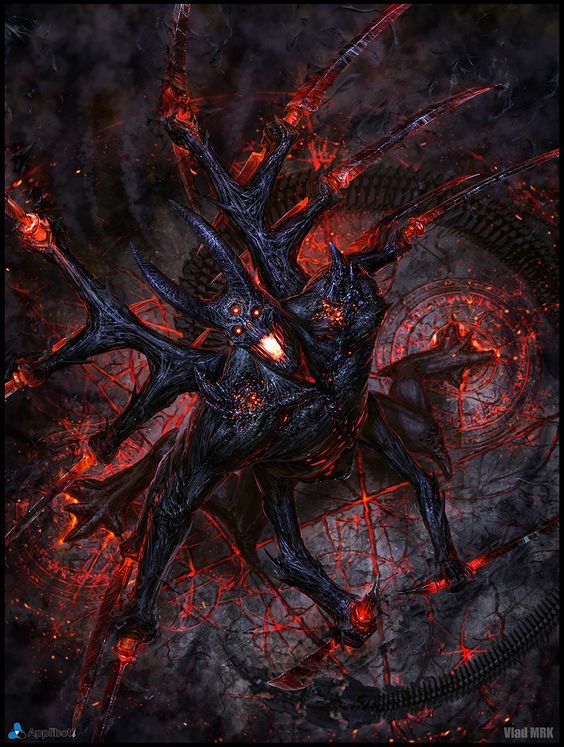 It looked down at Raigryn with three red eyes. The thing on the other side of the mirror kept watch. Raigryn dropped his weight and raised the tip of his sword. There was a strange, acrid smell in the room. A hiss came from the creature, but he did not see its chest move to breath. All its limbs - and it had many that ended in wicked claws - were raised high.

Raigryn braced. Another loud crash came from behind. A flash of bronze on the periphery and suddenly the creature was underneath the mass of the golem. Metal screeched as it met flesh. Black ichor was spread across the floor and metal parts of the golem were torn from its form. More sparks appeared on the floor.

"Run," Raigryn said, his voice barely above a whisper.
Click to expand...

Raigryn Vayd said:
It just watched. Raigryn felt its eyes boring into him. Each step backwards took him closer to the door back to the surface. Belduhr Brighthand and Fife would be almost there by now.

Raigryn allowed himself a half glance towards Kjaran Mak Aodha.

All. We will take it all.

The thing might have wanted everything but it stayed on its perch. Even as they rounded the corner and took the last stairs back up.

"Seal the door," he shouted. It didn't feel as if he could even carry his sword, but he didn't dare let it fall. He could taste the cold night air seeping in from the door above them.
Click to expand...

What will staff do during the event?

Do I have to join the event?
Will there be PvP?

Reactions: Havilah, Oracle of Writing, Kaelen Silverblood and 2 others

I've added a little feature to help you keep track of people in your area on Pandemonium. This is something I've been working up for our summer board upgrade plan (more on that soon) but I've decided to backport it here. If you head to your preferences page: https://chroniclesrp.net/account/preferences You can select which area your character is in (this is done per character)

You can now mention everyone who has joined that area with one tag:

And if you click the tag in a post you can see who has joined that area:

So now when you write a post you can tag everyone in the area in one go! 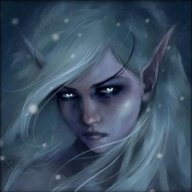