The fabled dragon gypsies of the lands. The Komodi are a nomadic people with no home and very little recollection of their origins. Shunned by many as thieves and carriers of disease, Komodi etch out their lives as traders, wanderers, vagabonds, and more. Said to be descendants of dragons who once possessed the ability to make themselves appear human, the folktale goes that their God became disgusted by their preference for their human form and thusly stripped them of their magic that allowed them to change back.

Komodi travel in clans and hold a strong disliking towards humans, a remnant of their brutal past. Though as a whole their numbers are large, they are scattered across the lands and can be found in or around almost any major city. Individuals can be found in mercenary groups or pirate ships, sometimes standing as guards of a Lord's land and manor. Others have set up shop in merchant towns, making a quick quill with their expertise in trade. Though often treated as vermin by other races, Komodi are particularly friendly and welcoming to their own kind and can be found congregating in groups - making the local populace uneasy; a hitherto unfounded fear of their aggression based mostly on their appearance.

By and large the Komodi speak the Trade tongue. A hissing, growling, grunting Trade tongue, heavily accented and interspersed with their own vocabulary evolved from centuries of traveling the world. A particular quirk of their dialect is their tendency to refer to themselves in the third person. Besides speech, the Komodi also communicate heavily with their tails (called tail-talk) and intricate body language that is mostly incomprehensible to other species.

Their historic native tongue is considered a dying language. Some caravans are entirely fluent in it – and indeed use it for all intra-Komodi relations – while others have abandoned the language altogether. This mostly depends on the lands the caravan has lived in or moved through, the local cultures, and the leaders of the tribe themselves. A Komodo with typical caravan markings. [1]At a glance, the species most resembles tall, bipedal lizards. Their bodies are protected by patterns of scales of various shapes and sizes, covering them all the way from their feet to the tip of their nose. Other hints that they might've evolved from some primordial lizard species are also their forked tongues and the sharp rows of long teeth that can sink deep into human flesh. Besides two hands and feet – both with four clawed digits – the Komodi also boast a tail that helps them keep balance, communicate, or even whack a young'un over the head.

The scaling of each individual Komodi matches the skin tone in varying darker or lighter hues. The most common shades are grey, brown, green, and black, while rarer colorations may include red, blue, gold, or even white. Markings such as stripes, spots, and blotches are common and typically inherited through bloodlines.

Scarification and body painting (referred to as skalla) are a cultural staple and may embellish markings that denote the family/caravan to which an individual belongs. Thorny scales commonly sprout from joint areas such as shoulders, elbows, knees, and sometimes even knuckles. Thorned scales are simply scales that grow pointed hooks, and shed just like normal scales.

Hair color tends to match the skin tone of the Komodi, although it can vary all the way to jet black or snow white. Dyed hair is not uncommon, often done to complement the color of their markings or skalla. Besides hair, their most prominent feature are their horns, which start growing in their adolescence and never really stop. The shape they take varies greatly, though it is usually passed down through families and makes it fairly easy to differentiate between the Komodi of different regions.

Their eyes are also typical of lizards, with a slit pupil that allows them to better see in the dark. They come in a wide range of colors – red, yellow, blue, green, white, and black are all common, with all the shades in-between.

The most curious physical trait of the Komodi is likely their confounding gender fluidity – they are all hermaphrodites. When a Komodo reaches adolescence, the characteristics of the female or the male will tend to become more prevalent in regards to their appearance, although some Komodi retain androgyny well into adulthood. Due to their cold blood, Komodi are not genetically compatible with humans or other warm-blooded humanoids. There have been accounts of hybrids with other lizard-type peoples of the cold blooded variety, but a hybrid child will always be sterile.

Nomads, wanderers, and gypsies, the Komodi have no place to call home; they carve it out instead wherever they go. They adapt to whatever life throws at them, which is most often the very worst of what it has to offer. In the face of adversity, the Komodi adhere to their time-honored traditions and persevere against all odds, exploring further the wide and unfathomable reaches of the world.

There is no one region that the Komodi have settled in more than another. In fact they can be found scattered all over the land in small pockets, usually divided by caravan or even family. In big merchant cities, they can usually be found in the corners of slums and ghettos; sometimes they aren't even allowed inside, and are forced instead to make camp outside the city gates.

Though Komodi aren't a particularly aggressive species, they are still stronger than the average Human. Their senses are likewise keener, especially smell and sight. Their armor-like scaling and tough skin provide protection from blades and arrows, although repeated strikes to the same areas will eventually break through the scales and cut the flesh beneath just the same. Their most glaring physical weakness are their horns –they are filled with nerves and sensitive to touch. If they are broken, cut, or fractured, a Komodo will be debilitated from pain. They bleed profusely if they aren't cauterized, and they never regrow if they are broken or cut off.

All Komodi are capable of breathing fire. To do this they expel a spray of flammable venom from twin glands within their throats, the flap of which is hardened cartilage that releases enough energy in the expulsion to create a spark and set them aflame. This fire breath is extremely volatile and the venom particularly sticky and viscous, making it difficult to wipe off. They can burn targets up to five meters away before the flames are too dissipated to cause anything more than heavy sweating. When their reserves are expended, they can usually replenish them in one full day. Komodi are born with the venom sacks as a part of an inherent defense mechanism, but they do not develop the cartilage until adolescence – young Komodi can spray venom, but they cannot set it alight until they reach adulthood. Komodi themselves are immune to their own venom, but not to a full-blown Fire breath.

A result of their evolution within a desolate landscape where scavanging was the primary means to finding food, all Komodi possess stomachs of steel. (Not literally.) Their digestive tract is capable of handling all kinds of garbage, spoiled foods, rotting meat, and even many kinds of plant poisons that would cause many other species to lock themselves in the outhouse for a week. They also have a strong immunity against many common sicknesses and diseases, however they are known carriers of said germs and viruses. Despite this immunity, their race is ravaged by their own native-borne diseases and illnesses.


The Komodi may be wily, but you will be hard-pressed to find one warming the benches of a library or serving as a scribe to the local bailiff. They aren't geniuses, they aren’t heading up businesses, and they aren’t leading armies to strategic victories. They’re the bottom feeders used by the higher-ups for their strength to shovel all the shit.

Though the intricacies vary wildly from tribe to tribe, the Komodi as a people are a fiercely spiritual folk. Despite the many advances made in technology and science, they maintain their – sometimes naive – worldview, and simplistic as it is, it brings happiness to a way of life that seemingly supports none.

The most rigidly religious among them honor the spirits every day, whereas there are tribes that only perform the rituals a few times a month. Whichever the case, every Komodo – unless a particularly acute illness gets them first – will experience a few landmarks in their journey to adulthood. These are known simply as the Rites of Passage, and they are curiously similar across all the tribes of Komodi, of which there are many. From surviving a night out in the cold to sacrificing scales to the spirits, the Rites mark the end of one’s childhood. It is not uncommon that some Komodi perish during the Rites, but the majority survive and emerge all the stronger for it, ready to accept the brand of their tribe in place of the sacrificed scales.

A Komodan Priest performing the communion ritual at a gathering. [4] 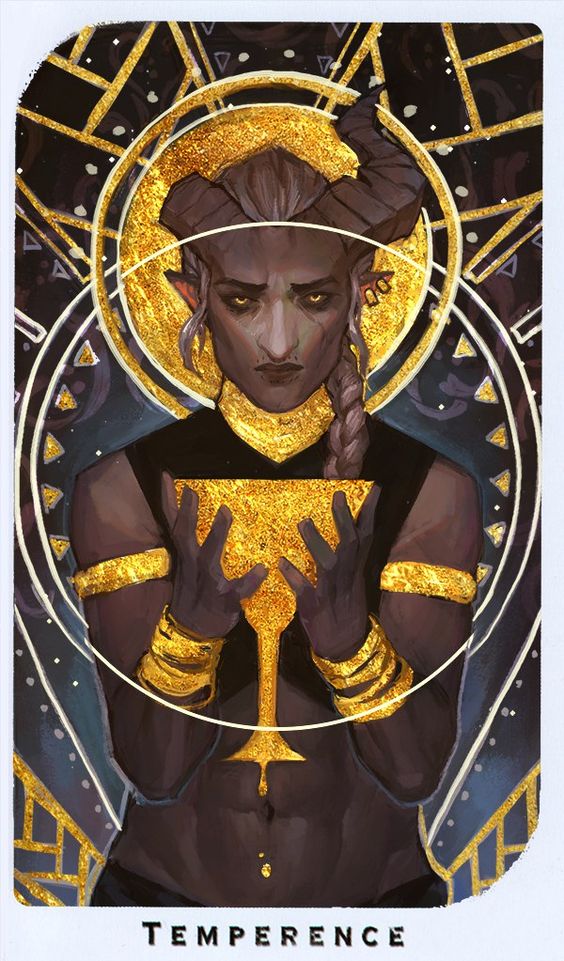 Their ability to flourish in just about any social setting is uncanny considering their appearance and overall philosophy on life. They don’t crave infamy or popularity – they’re just here to survive by whatever means necessary. They aren’t known for book-smarts and it’s likely that a very, very small percentage have even attended any sort of legitimate school simply for knowledge’s sake. Their intellect is in trade skills and spirituality. Their strength is in adaptability and survival. The moral compass they employ is entirely questionable.

But their greatest weakness has always been this – they are not mages. Despite the countless manners in which the cultures around the world have managed to harness, employ, and wield magic, the Komodi cannot use it. No matter the school, no matter the god, no matter the process; they simply lack the talent for it, absolutely and completely.