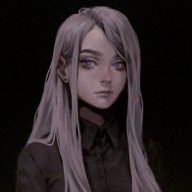 "...then we won't be here when the holocaust really begins," she replied. Fast as thought and as absently, power wove and took shape; another of the little buggers bounced off a shattering pane of light, and before it could regain its composure from being so stunned...

...the ancient sorceress burned the pixie from the world. A point of fiery light that flashed into being and was gone in the space of a breath, leaving nothing but ashes to drift away on the breeze. "These little bastards will not stick around for long. They are just here to kill what they can, poison supplies, and then fade back. It will be sorcery next...and then the rush of sword and shield."

Draedamyr was not familiar with sorcery on the scale that she spoke of, and did not even consider to think of the difference betwixt their perspectives. On Arethil, unless it was ritual magic involving dozens or hundreds of casters working in unison, spell-craft was limited too heavily by the Laws of Magic to be anything other than another tool, same as bow or blade. On Tonan, though...without the laws of magic, and with the source of that power stemming from the literal Gods themselves...

She shuddered. She did not think they would be able to avoid that awe-inspiring display of power, for it was often indiscriminate. Not being in the open was a good start, though.

She angled off towards the trees. They would provide little in the way or protection, but then she had her own way of protecting them. The only question would be if it would be enough. Ahead, two or three hundred men broke from cover, heading in the same direction they were as the clarion call of the horn rose higher. "When I tell you to, I need you to pick me up and hold me overhead," she said. She could feel something distant, but it was too distant to make out just yet. "No matter what you are doing, no matter what the situation...you need to do it immediately."

Ahead, a dozen soldiers wearing strange armor broke free, and then a dozen more. Raiders. Even as she watched, a group of them scythed into the back ranks of the soldiers she had seen breaking from cover, doing terrible damage to their rear ranks before they even realized what was happening.

One group saw the two of them. Saw her, in particular. The Sidhe were, after all, known for their sorcery - the most powerful of all the people on Tonan. She was a threat that needed to be eliminated, and a dozen men and women bore down on her and Draedamyr, less than honorable intentions in mind.
Reactions: Draedamyr 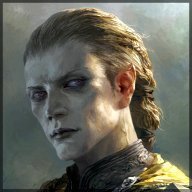 He felt no sympathy for the pixie as it was burned away. It could have been on 'their' side of this conflict for all he cared. It was perhaps a little cruel to tar their entire kind with the same brush because they had irritated him. By the standards of his kind he was becoming quite old and given the situation he wasn't going to ponder that in any depth.

Draedamyr could think of no situation where picking Seska up could help them. It didn't matter. He trusted her implicitly. Not only that but she knew far more of what was going on around them.

He was almost relieved for the sight of soldiers coming for them. If they were far enough forward to meet skirmishers then he hoped they had time before the fire rained down.

There was no running away from this fight. They had to keep moving, but would be cut down if they turned their backs. Draedamyr took three quick steps forward and then to his left. He didn't want to stand directly between Seska and the tightest group of raiders, potentially in the way of destructive magics.

He had room to move. The first skirmisher had a long two-handed sword with a graceful curve. It hissed as it cut the air, but only the air. Draedamyr's strike was precise, surgical. Reverie slipped above cuirass and through the neck.

The next two came on with more caution.
Reactions: Seska the Dragonslayer

With the one thing out of the way - their lives, literally in the hands of the elderly elf - she turned her attention to the problem before them.

The ancient sorceress was not a martial titan. Only being tall enough to stand up to Draedamyr's chest, she was vastly outclassed physically by every single opponent she'd had the misfortune of dealing with, minus the pixies; beasts or man, all were stronger than she was. Long, long...long ago, she had realized that, and come up with her own way to deal with the problem.

Usually, if there was someone who was stronger than herself around, she would simply use them as a human (or humanoid) shield and settle with what she was best at. Unfortunately, the number of enemies that had presented themselves was not something the swordsman could handle on his own, no matter how good he was.

But she could tip the balance. The trouble was she needed to be ready at any moment for the maelstrom that would descend upon them. There was no if about this, only a when. A certainty.

Possessed of her power, the sorceress deftly wove the flows, and changed the battlefield - at least, the field nearest them. Weaving protection across Draedamyr and herself - difficult in the presence of cold iron that was not only what it was, but also impossibly imbued with a ward - and then she drew the air from their general surrounds. She did not have the strength or the desire to draw all of it...

...but she didn't need to. Almost immediately the effects became apparent; enemies that had been confident suddenly became confused as hypoxia struck them as one unit. It was not enough to kill them, or not quickly..but it made them sluggish, made their thoughts slow, and made their stamina wink out like a snuffed candle.

"Do as you need, darling," she whispered, eyes to the skies.
Reactions: Draedamyr

No one would describe Draedamyr as a particularly kind elf. He was honest and efficient. He lived by the blade and that meant knowing when to use it. He didn't want this pack chasing them down as they tried to get away from the worst of the devastation.

He didn't know what the endgame was. He didn't know if they could get away from this place or perhaps appeal to those on the winning side of the battle. In this moment there were eleven hunters between Seska, himself and any chance of freedom.

Each turn of the blade was swift and sharp enough to cause the air to protest with a hiss. There was an economy of motion to how Draedamyr did his business. Nothing flashy, but precise and lethal strikes.

The sound of steel clashing rang out more sporadically as he went on the offensive. The first put up a fight, but the last were succumbing to Seska's magic and made pitiful protests that he ignored.