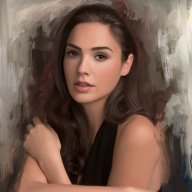 Lexi managed to laugh though it sounded almost like a sob. She couldn't manage anything else until they got back to their home.

As he led her through the rooms she couldn't help but think how perfectly in tact it was. She barely felt him sit her down on the bed, nor his hands on her sooty legs as he begun to undo what was left of her laces to remove her ruined boots. Dimly she thought about how Farah was going to scold her for going through another good pair. When Cassian spoke she looked at him with dull eyes as though she weren't quite there. Considering the horror of their line of work it was almost a surprise to realise this was one of the worst tragedies she had had to deal with since knowing Cassian. Before, she would have curled up in her bed and dealt with it alone.

Did she continue being the Commander, for him, or did she let him see how badly these deaths broke her?

She wasn't sure if she chose, exactly, but finally the grief she had been holding in since ending Peter's life boiled over and great, wracking sobs shook her body.
Reactions: Cassian 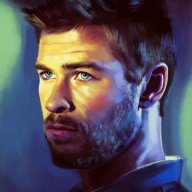 Cassian watched her break, and it was one of the hardest things he'd had to do in his entire life. Still, he knew it was a good thing that she wasn't trying to hold it together, that she felt safe enough to make her hurt visible in front of him. From his own experience, he knew it'd only fester if she bottled it up.

He rose from his knees and pulled himself onto the bed before dragging her against his chest and wrapping his arms around her with a deep sigh. His chin rested atop her head and his thumbs idly stroked at her arms.

There was nothing that he could say that would make anything better, and so he opted for silence as he gently rocked her and just let her cry.
Reactions: Lexi Quinzell

Once Lexi had cried until the tears no longer fell and her body still shook, she spoke. It was hesitant at first, quiet, like confessing a great sin, but in that raw and vulnerable moment she recounted Peter's last few moments. There were a few times where her tale was punctuated with anguished, angry, curses at herself for not thinking of anything that could have saved him and more than a few at the mysterious persons behind the attack. After the whole ordeal she felt exhausted. Numb.

"I'm sorry for dumping all that on you," she looked up at him after a long stretch of silence. Her fingers grazed his jaw. "I'm sorry you lost a friend, too."
Reactions: Cassian

His fingers combed her ashy hair out of her face and he continued to run his fingers through it as she spoke, tears glistening unshed in his eyes as she told him what had happened. His gaze was distant as silence hung between them, but he frowned gently down at her as she finally spoke again.

“No. I should’ve been there with you. I.. I held you back.” His jaw clenched and his teeth ground. He gave her a pained look at her second apology and he nodded with a shuddered sigh.

“Aye.. We all did, lass.” He swallowed and pressed his lips to her temple.

“I’ll sort you a bath.” He offered in a rumble.
Reactions: Lexi Quinzell

The mention of a bath reminded her of what a grim state they were both in and suddenly all she wanted in the world was to scrub her skin raw until not a trace of the night still touched her. Her fingers clenched against her own arms as if she thought to rip her flesh off with her own fingers and then she slowly curled her fingers inwards and let go of the notion.

"A bath sounds good," she smiled faintly and then grabbed his arm before he stepped out of reach. Her face was serious. "You didn't hold me back though, Cassian. I have a habit of charging into things and not thinking it through. If I had... if something had happened to me as well tonight the Ravens would be in a worse position than they are now," she stood and then gently but firmly gripped the nape of his neck.

"You did your job well tonight."
Reactions: Cassian

He sighed and let his hands slide to her waist to squeeze gently. "Neither of us are goin' to do much good blamin' ourselves, lass." he said softly, his tone a low rumble as he pressed his forehead against hers. "We'll get cleaned up an' rest a bit, and set our minds to dealin' who is to blame, tomorrow."

Cass pressed a gentle kiss to her lips and turned to move gingerly as he set about warming the water for a bath. The large, mahogany tub had been carved from a single piece of wood and took a while to fill, and by the time he was done his broken bones and torn muscles were screaming in protest. He ignored it to help her out of his shirt, which he noted had been scorched and torn, but he had expected no less given that he was cursed never to wear a shirt for more than a single day without some misfortune befalling it.

"In yeh get."
Reactions: Lexi Quinzell

"Not before you let me heal you."

Lexi had held her tongue as he had fussed with the bath though she had seen how stiffly he moved and every wince when he thought she couldn't see. She had held her tongue when he had insisted he fill it himself and she had held her tongue when he had also insisted on taking the last remnants of her clothes off her. Because she had known that these little things, as simple and as insignificant as they might have seemed, were important to him. Caring and looking after someone was important to him. At times she wondered how he fallen for a woman like her who appeared hellbent on sending herself to an early grave and bucked against every kind gesture someone showed her. But he had, and so had she, and part of loving him was letting him love her how he needed.

She couldn't, however, relax in the bath like he wanted with him sitting a few feet away in pain.

"Please? It won't drain me," she held her hands out, palms up.
Reactions: Cassian

Cassian gave her a dubious look. He could cope with the pain until she had gathered her energy, but he knew that she had indulged him in allowing him to look after her, and he appreciated it. His quirked brow lowered slightly as she offered her assurance.

"Alrigh'.." he grunted in agreement and sighed as he lifted his hands into hers, squeezing them gently and tugging her into a soft kiss.
Reactions: Lexi Quinzell

Lexi's lips curved into a smile as she sunk into the kiss. He tasted of soot and ash but beneath it was the a taste that distinctly belonged to Cassian. Some days she wondered if it was an elixir that he sneakily drunk to keep her drunk on him. No man alive could taste this good surely. But nothing he could do would ever make her forget his pain and the spell wound through him in a warm wave. Even after the magic left him Lexi didn't release him from his kiss. Instead she deepened it, curled her fingers into his flesh and pressed herself closer. She wanted life, heat, something to sear away what had happened that night.

Then, in a breathy whisper she murmured in his ear:

"Do you remember the first night we spent together?"

There had been a bathtub involved then too.
Reactions: Cassian

He pulled in a deep breath of her and let it out as a soft groan against her lips. Only she could make the mending of bones and knitting of flesh and skin feel good. That deepening kiss was met with fervent anticipation, his pulse pitching and his hands already grappling at her bare flesh and pulling her against him.

It was everything. The words she spoke, the way she spoke them, the way she looked when she did. They sparked like a flint on her tongue, igniting an answering light in his chest and he groaned, his brow furrowing as he let out a breathy laugh against her neck, his teeth pinching at her skin and his fingers gripping at her rear.

"You mean the night you ruined me for all other women?.." he grinned, and kissed the spot that he'd bitten. "Hmm can't remember it much... You migh' need to jog my memory, lass.." he murmured with a grin.
Reactions: Lexi Quinzell

Lexi's husky laugh was her only response.

"Farah is going to kill me," she commented in a bemused fashion as she lit the end of her pipe and threw back her head to blow the smoke up towards the ceiling. They'd ended up in the bath somehow though the copper thing had lost two legs and sloshed dangerously any time either of them moved to adjust themselves. The horrific drapes which had once adorned the four poster monstrosity that had come with the bed had been torn to ribbons and lay scattered on the floor in various heaps. There was a dent in one wall and she wasn't entirely sure if she'd ever even noticed the tapestry before, but now it hung awkwardly and swayed slightly at its new jaunty angle.

All in all, Lexi had fulfilled her promise to recreate that night. With a few new treats along the way.

"Happy anniversary," she lowered her eye to give him a smile that was all sin. In all the chaos she had almost forgotten it had been a year since they had met. She took another long drag on her pipe and blew out as Red came, shaking, from some corner she had hidden in.
Reactions: Cassian
You must log in or register to reply here.
Share:
Facebook Twitter Reddit Pinterest Tumblr WhatsApp Email Share Link
Top Bottom