Many stars dot the night sky, many such stars have at least a thousand names. Yet, how many do you know, how many have you grown up with?

What are the stories that they tell?

The esaric set of constellations as we know them today originate from sahiyi mystics and mathematicians of Liadain, who during a golden age of enlightenment some 700 years ago, meticulously studied the stars and standardised many of their common names.
The vast work of all those scholars has lastly been contributed to and compiled by the polymath, astronomer and sahiyi mystic Nasir Suhail and his team.

The constellations as they are compiled now, are mainly based on local Kaliti interpretations of stars, thus the names of the constellations, appearances, as well as the stars that form the shape may widely differ from region to region.
Alternative interpretations by different cultures may be listed beneath the corresponding asterisms for ease of research.

A selection of the night sky during midnight, at the centre of four different seasons throughout the year.
Note that the zodiac constellations follow each other in a celestial equator line (marked in green) and may not be all seen at the same time.

In each star map, as order follows, one can see the guardian stars, however, they are not explicitly marked.
Šaltanus is dominating the night sky above the horizon in the first disc, Imtuar in the second disc, Balasan in the third and Hamtares in the fourth. 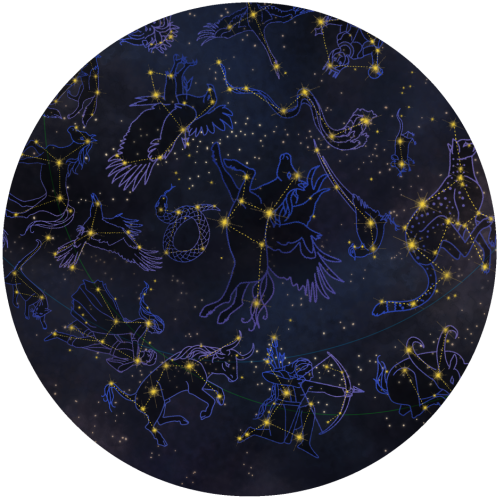 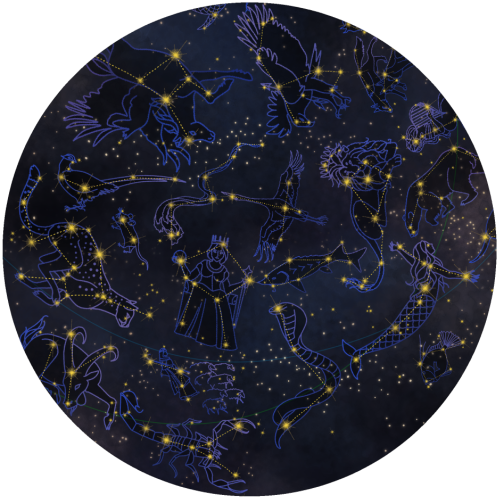 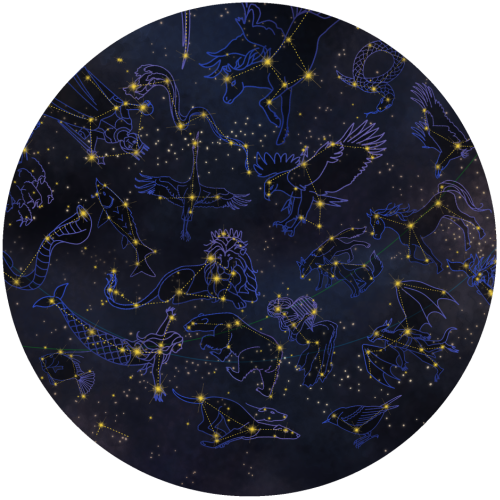 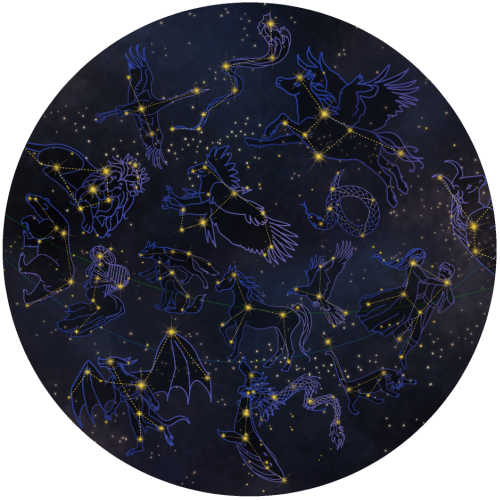 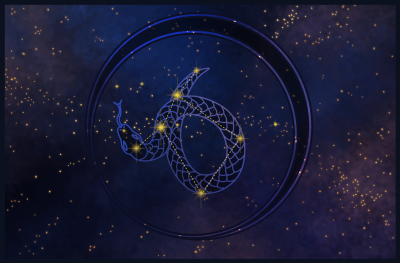 Little snake -Ahatuserru
Also known as the hat in some other cultures.

"So why is it called Ahatuserru? Does it have any lore, or a story about it? 'Cause from my home village we had a tale about it. It went something like this:

There was a rich man who had such pride in his hat that he boasted to all. One day a trickster god came and put him in his place. He told the rich man that he could make it so that everyone could know about the rich man's hat. The rich man desiring fame foolishly agreed, and then the trickster placed his hat in the sky so that all would see the rich man's hat, but the rich man could no longer reach nor lay claim to it." -Amailia 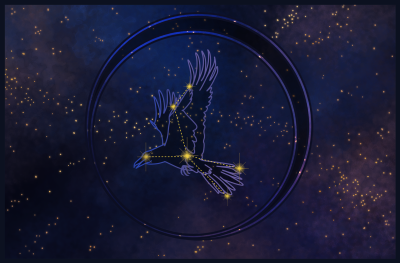 Where do the souls go? Collected by the Azrail, angels taking on the form of a type of raven by the name of nightsingers and deathralers.
Closely knit with death, this star sign actually reigns over the height of spring when life envelops the world again. 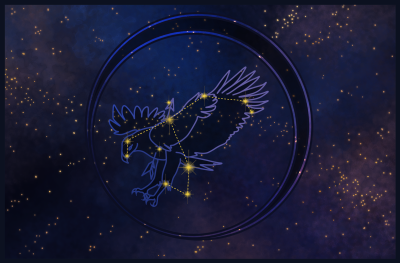 "Everyone will attain their desire if they put in the effort for it." - White Swallow 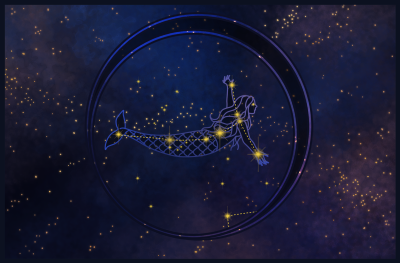 Free Strength: Those born under the star sign of the sealass do not fret the little things, they can do what they want.
Though, they tend to be more fragile than they let on. 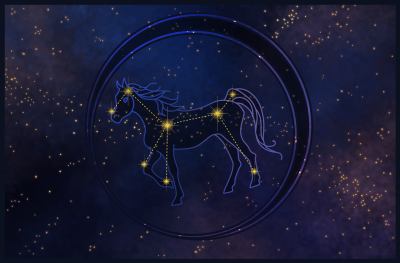 Beloved in Sey'Kube and featured on the flag of this city.

While the many asterisms of the sky capture the imagination of people regardless of their station in life, it is the individual stars that bear significance beyond folkloric interpretation like calculating time, predicting the future and divination.
One group of such stars are the four astral guardians, which are among the brightest stars in the night sky. Each star is considered to be a guardian of its domain, which is a quadrant of the night sky associated with a cardinal direction.


Hamtares is the brightest star located in the heart of the constellation of the horse. Also called the heart, this star governs over the east and over the element of air. Divination based on natural elements is mainly conducted under Hamtares' reign.

Balasan is the star located in the constellation of the bear. It is the guardian of the north and governs over the element of earth.
Balasan is often regarded as representing all animals associated with the wild and all things natural and untamed.

Imtuar is the guardian star located in the constellation of the scorpion, he guards the west and the element of water.

Located in the constellation of the bull, Šaltanus is the guardian star of the south and reigns over the element of fire.
Regarded as the most beautiful constellation, its brightest star is often linked to kings and royalty. [2] Most locals, however, would instead insist that Šaltanus represents the bull as the king of all domesticated animals.
Divination related to governance, fortune and royalty, as well as important verdicts are often conducted during the reign of Šaltanus.

Despite merely being a formal assembly of constellations, there are plenty of places or beings that reference back to the mythos of the esaric asterisms.
While they may be quite diverse, from merely pictorial depictions of the motifs in buildings to zodiacs to even beings that inspire their form by these specific asterisms.

Oboras
A demon by the name of Oboras is said to take on the form of the currently reigning zodiac sign of this set of asterisms.[3]

Library constellation maps
The palace library in Sey'Kube features intricate depictions of the constellations both on the floor as well as the ceiling dome.

A thread entirely focused on stargazing.
The constellations as they appear in architecture.
Usage of stars in navigation, the esaric asterism does not cover stars in the southern hemisphere.

Insight on one of the four guardian stars.

This page has been seen 980 times.