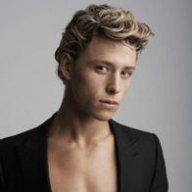 The Prince of Madness and Deceit

There was a gem found in a magic-soaked mine of the isle of Lorillia, a small, but gem-plentiful island just off the coast of Nagai. For this mine a gem such as the Am’thet was one that was extraordinarily rare, as this mine had - from the day that the first haul was excised from it - only produced the Blood Gems used for the Tahk art of Aethermancy. Thinking that it might be fit for such a thing, and noting its size and color, it was quickly taken to one of the Crimson Tahk’s gem masters and tested for any magical capacity. To their surprise, it was not just a novelty - nor even something equal to Blood Gems. It was by far superior, and, as a whole gem, a most deadly piece of magic. The perfect gem for Aethermancy, it was divided into seven pieces - meant to be re-unified when the right time came - and divided amongst the 7 seats of the Nuert-I about a century ago. In that time, each of the seven pieces have seen their fair share of operators, as the Nuert-I - if they did not or could not wield it themselves - selected for themselves a Champion of the Am’thet to harness the gem in their stead.

It had been this way for as long as the Am’thet gem had been in the grip of the Tahk, and there was even a case of someone being named after the Am’thet gem not long before the current predicament had been encountered. Slaughtered, a master magician and seated Nuert-I had their Am’thet gem stolen, the murdering, traitorous thief escaping out of the Tahk nation’s seat of power and off of Nagai to somewhere in the Reach. That was what had sent Vahki and two of his followers on their current mission - an event that would hopefully end with the reacquisition of the Am’thet gem, and, truth to be told, Vahki was a bit worried. He assumed that - as he could not find the Am’thet gem in any shops throughout Allira, or in various places nearby - that the murderer intended to use the gem for their own purposes. Certainty in their narrowing down of their target’s location to the Reach was a break in the case, but what kind of break was it if it narrowed the location down to such a broad area, anyway? Sure, Vahki knew that he was not to the North, South, or East of Alliria - but it was not much better. At least it was something, though.

Right now, though, they had a more immediate problem. In the middle of the reach they had found traces of a large figure’s activity, and signs of the hunting of the thief’s - Al’tel’s - favorite animal, seemingly focused. Unfortunately, the lack of a trail failed to inform the party that, instead of an oversized Naga, they were dealing with an average sized troll that was nearly 10 feet tall. Vahki gazed the troll down. How did he not leave any trail? Or, uh… she, maybe. Vahki wasn’t sure.

The troll lifted a staff, and grass rose up from the ground of the Reach. Vahki furrowed his brows.

“Oh.” He said. The troll was magic. Quickly, he dove out of the way as the grass shot forward like a projectile. He tumbled to his feet, and clamped his hand over his cheek before looking at it while he continued to move forward. He was barely grazed, but the grass still managed to cut him.

“I hate snakes! And humans!” The troll roared, in common. Vahki would have to investigate this incident after the fight with the troll was over. He rose in the air, launching his Canopy of Spears. Six spears catapulted forward, composed of magical energy itself, with an aetherial net between them. The troll was captured, but then it dispersed into grass, melted into the ground, and rose up - reorganizing itself - in a new location. 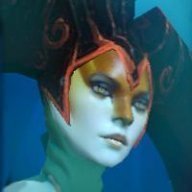 Captain of the Petrograd

Seeing the grass closing in towards her, Am'Thet barreled out of the way, narrowly being impaled by some sharp grass. Glancing over, she saw Vahki casting one of his spells, Canopy of Spears if she was correct. She watched as the net spiraled towards the troll, capturing the beast, only for it to simply dive into the grass. Frantically looking around, she tried to get a bead on the troll's location, before he sent more blades of grass on their way.

At long last, Am'Thet located the elusive troll. It was standing on top of a nearby hill, lifting his staff wildly. Probably preparing another spell, Am'Thet thought to herself. Steeling her nerves, Am'Thet charged towards the troll, spear in hand. Then with a fierce battle cry, she buried her spear into the troll's knee, digging it deep.
C

Capra leaned against a tree watching the shenanigans smirking at the chase letting lightning arc from finger to finger. Trolls were resilient creatures, a spear in the knee wouldn't necessarily slow it down. But his compatriots were in the way, there was a temptation, a really strong temptation to just suck up all the air in a vortex around the entire group, but likely the troll would out last every one else. The other temptation was just to arc lightning through the lot of em, and let the gods sort em out.

He sighed, and shook his head drumming his fingers against the hilt of his willow sword. He was patent, it was good strategy to let the pirate wear the troll down. He waited for a break, and unleashed a torrent of lightning into the trolls fat letting it melt into tallow, that then bubbled into gas... and eventually erupted through its skin.

The smell was... interesting.

The Prince of Madness and Deceit

The troll’s knee seemed to melt at the moment that Am’thet stabbed her, melting into blades of grass that piled up her spear and began trying to pull the weapon into the knee, or, rather, into whatever the troll actually was. Vahki quirked his head to the right, brows furrowed when he realized that this was no ordinary troll - even trolls with magick tended to be able to be trapped, stabbed, and burnt. Not even the dragon agent’s magick seemed to dent the troll. They would have to be careful. Not only was the troll a master magician, but the thing that they were fighting was a construct - and one much more difficult to beat than any flesh and blood troll. Whips, or tendrils rather, of grass rose up from the ground about to try to pierce Am’thet. In that moment, thin squares of purple aether trapped the tendrils, and a link of aetherial string connected them.

The fire ignited by Capra’s lightning was snuffed out, disappearing into a flight of grass butterflies that circled around the troll.

That didn’t stop more from forming, though. Vahki couldn’t stop them all. Am’thet may have to surrender that spear of hers to survive. Meanwhile, a vertical barky construct with vicious looking thorns - each about 4 inches long and more like talons than thorns - had begun forming behind Capra. Vahki jumped upwards, and avoided his own thorny death as the thorns latched outwards, attempting to bind him and pull him back into the barky construct to absorb him. After they lashed outwards, the barky construct dipped into the ground. How could the troll so seamlessly meld these spells together? He assumed that she was somewhere around here, focusing on her magick.

“I won’t let you past like that other one. I will defend the Path to Yu’kow with my life! The Grassreavers will never yield to Naga.” The troll construct proclaimed.

“What other one?” Vahki asked.

“I will not let you trick me.” The grass doll screamed. Why couldn’t Vahki hear or smell where the real troll was? Were they somehow blocking their scent markers? Damned troll. The thief probably taught them a few lessons. Then again, the encounter with the thief would have probably left the troll dead if they weren’t as crafty as a damned goblin. That wasn’t the only thing, though. Why couldn’t he sense a mind in anything but the grass doll? Were they projecting it into the doll, harnessing the doll as a source of nature magick while still maintaining the magick of their own body? The body was unconscious, almost certainly, but this was one powerful spell. It would amplify the power of the magician at the cost of their body being unconscious… somewhere. That didn’t mean one was unable to prepare ahead of time and protect their body, though, which any intelligent magician would do. It seemed that the troll had mastered this form of magick. He didn’t want to see what else the troll would do with the nature magick in the grass doll. Though, at this point, it was more of an Avatar.

“We’re not trying to trick you! We’re seeking a thief. He murdered one of our leaders and stole a gem from her. We have to stop him before he tries to harness the power of the mine.” Vahki said, pleading with the troll to listen.

“Please. You must believe us.” He said. Of course, as far as Vahki was aware there was no way to use a single Am’thet gem to harness the full power of the mine. Still. It was worrying enough.

“You wish to follow the Forked Path?” The troll asked.

Vahki eyes moved to the left, and then aimed back at the troll. “Uh… yes?”

“Then you will prove yourself by defeating me. If you do not wish to follow the Path of Yu’kow and steal our magicks, then you will defeat the First Guardian and defend the Mine of the Forked Path from your traitor.” The troll said.

“Then you believe me?” Vahki asked.

“My eyes see more than one might assume.” The troll said. An educated, magickal troll guardian.

“Then why not let us by now?” Vahki asked. The butterflies burst forward, and Vahki could see the magick in them growing. As they neared Vahki it grew more and more. He formed a shield. Then, they detonated in a powerful explosion, shattering his shield and sending Vahki tumbling backwards over himself four times. Then he disappeared from sight, just as the trunk of thorns that had threatened to skewer him earlier popped up where he was. He stumbled away from them, narrowly avoiding being skewered.

”We must find the troll’s true location, or we are doomed. It has to be somewhere nearby.” He said, telepathically.