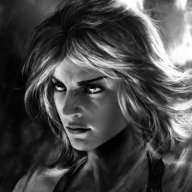 Oban was a city of diversity. Where folks from all walks of life came to see their dreams become realized. Gale’s brother, Ricardo, had done just that. Become a griffin rider and made a bit of coin. Made mom and pop’s proud to boot.

But Gale? Well, she’d always been the black sheep. Talented at magic that manipulated the ground underfoot instead of skilled with a blade. Finally though, within just the last few years, she understood why it had been so difficult for her. Why the deck always seemed so stacked against her. Why Oban itself seemed to struggle to understand her.

See, the city had become... progressive. Accepting of elves, dwarves, orcs, and all manner of other beast folk. That’s why she’d joined the Society to Restore Oban, or SRO. That’s why they had planned their little escapade tonight.

Assault the Hideaway Tavern. The most ethnically diverse location in all of Oban. Situated in the midst of the Solari Square it served as a common watering hole for all races, all credos, and all classes. Alcohol truly was an equilazier and the fact that this establishment would pervert something as glorious as liquor to convince the lesser beings that they were equal to humanity was abhorrent to Gale and her comrades within the SRO.

“How are you tonight?” the barkeep asked as Gale waltzed into the tavern flanked by two of her associates. A few head’s turned, the sconces burned on, and glasses clattered as a party of filthy gnomes toasted in the corner.

Gale didn’t speak. Not at first. She sat at the bar as her associates disseminated to other areas within the tavern. After an awkward silence she loudly proclaimed, “why do ya serve non-humans? Why do ya serve non-Obanese? Isn’t it obvious this filth be ruining our fair city?”

Strange glances followed. Accompanied by the tavern owner clearing his throat, wiping off a glass, and pouring a pint of lager into the clear vessel.

“Uhh, I think you need a drink missy,” the wizened barkeep said through a forced smile.
Reactions: Isaias Kildare 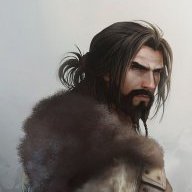 Oban wasn't a bucket list place Isaias particularly wanted to go. It cost a pretty penny just to gain access to the city and even then it was on a limited visa.
He would have preferred to be in Alliria by now, but his latest paranoid client decided to move to Oban before the job was done, if he wanted to get paid for foiling the plans of a gang of assassins he had to come to the city in person to collect.

At first the client hummed and haad over whether he had hired an adventurer in the first place to do ANYTHING, but a quick introduction to a blade suddenly jogged his memory. After collecting his dues and since he was in Oban he decided to make the best of it.
He picked an interesting time to enter this particular tavern, however. Just following a party of three he approached the bar as well only to hear the woman suddenly ask the keeper a very awkward question.

He gave the women a sidelong glance. She was attractive, so it seemed a bit strange to hear such words come from her mouth. Taking note of the location of her companions he stepped up to the bar beside her.
He slid some coin on the bar after the keeper served the woman a drink and requested a bottle for himself. He dropped an extra coin on the bar as well.
"For the ladies drink."
He made eye contact with the bar keeper and gave him a consolatory nod, that also indicated he should take a backseat for his own sake.

Once the drinks were served he turned his attention to the woman, his icy blue gaze racking over her, examining her features.
"You don't approve of good coin for good service?"
He took a healthy swig from the bottle for emphasis.
You must log in or register to reply here.
Share:
Facebook Twitter Reddit Pinterest Tumblr WhatsApp Email Share Link
Top Bottom