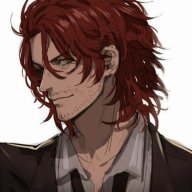 Prologue:
Disaster struck. A raving band of monsters were terrorizing the country villages... And this village happened to be the only one with a wall in the entire valley. Refugees from the other villages and outlaying farms began pouring in on wagons and carts for safety and protection.

Markus watched as they rolled into town. He wasn't the village elder or leader but people looked up to him.
Their village did the best they could to help, making as much room as possible and helping provide food to those that needed it the most, but anyone could easily see that it couldn't last for long.
They would all be facing starvation after a week.

The elders called together a meeting where all the village hunters and men gathered to decide what to do about this situation. Once the beasts were dealt with everyone could go home and nobody would starve, so it was an easy decision to put together hunting parties to bring these monsters down.

Markus led the hunting parties into the forest and began tracking the monsters, it became quickly apparent that they were being hunted as well so Markus had everyone start laying traps and ambushes using themselves as bait to draw in these man eating monsters...
The ambush worked... Mostly... The beasts were drawn in by the Hunter pretending to be wounded and Markus got a good look at them... They were werewolves... And they tore straight through the ambush like it was nothing.

Slaughter came next. The hunters fought back with knife, spear, and bow, but nothing seemed to hurt these creatures.
Blood, gore, and body-parts flew as the werewolves tore them to shreds, Markus was thrown against a cliff face with a single swipe from a wolf's claw where he fell and lay bleeding...

As his vision faded in and out of focus he thought he saw a naked woman approach him. She knelt down beside him... And bit him... He finally, mercifully, blacked out...


_________________________​
When he awoke again a few hours later the sun was almost down, his wounds were still fresh but had stopped bleeding and he couldn't remember where he was at first... Well, he remembered where he was, but finding his way back to the village was another matter entirely.
He gingerly checked himself over, the claws had torn through his leather armor and left three wide gashes in his ribs, the bite on his shoulder was in similar condition.
He checked his head and his hand came back with some more blood, great, he probably had a concussion as well.

He slowly pulled himself up to a sitting position against the cliff face, an action that made his injuries scream and his head swim, but he managed to fight down the nausea and remain upright.
He agonizingly removed his armor and reached around for his supply pack only to find that his right arm was completely numb so he used his other hand to fish out his bandages. He used water from his canteen to clean the wounds before he clumsily applied herbs and salve and wrapped the bandages around his body.


Initial first aid taken care of he took a break, controlling his breath to keep his ribs from moving. Somehow he had to get moving and find his way back to the village... Or stay out here and die... Now that he thought about it he figured that might not be a bad idea... Tonight there would be a full moon...
You must log in or register to reply here.
Share:
Facebook Twitter Reddit Pinterest Tumblr WhatsApp Email Share Link
Top Bottom