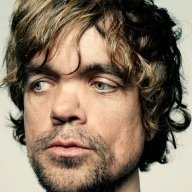 “The Wine of Destiny,”

She came to him in the dream again. The angelic being radiating a dim, foreboding light, wearing a white cloak with a hood which hid her face. The glass full of wine held between her slender fingers. The spirit walked slowly towards him whispering something in a language he could not comprehend.

Seredic lumbered to her, his eyes still stinging from the light she radiated despite its low brightness. The Halfling saw her once before a year ago. Seredic was always skeptical of beings of higher power but this angelic being felt real and was calling to him. But why?

“Who are you?” Seredic wanted to say but his lips did not move it was though they were sewn shut. “She was the reason why I went on this bloody journey,” Thought Seredic. “Could I at least get your name?”

The angelic being knelt down and handed Seredic the wine whispering. “You are its maker. The Wine of Destiny.”

“I am?” Seredic asked in a small pained voice his lips moving freely now though his throat hurt and his head began to throb. “Then where do I go? What ingredients do I need?!”

The Angelic Being said nothing still holding out the cup. Seredic shook his head, scrunching his face in frustration. “Why are you so bloody silent?!” He shouted before holding his head in pain. The ground beneath Seredic began to tilt forward and he felt himself flying towards the woman.

The smell of blood and smoke-filled Seredic nostrils now and the Halfling tumbled out of a brown box. All Seredic saw was a blur of various shapes and colors. He blinked multiple times in an attempt to adjust his vision.

“What did I miss?” He thought looking around

He turned around and to his horror saw the bartender who generously gave Seredic free cups of wine last night lying face first on the ground in a pool of his own vomit. The human was snoring loudly much to the annoyance of Seredic. Groaning, Seredic stumbled upon two of the bartender's barmaids half naked sleeping soundly close to the portly bar tender. Seredics stomach rolled over and immediately last nights dinner of soup and meat along with hundreds of cups of wine came out from his mouth. The sheer amount of contents spewing out, forcing Seredic on his knees. 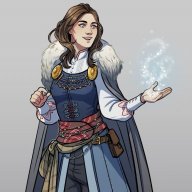 Arc walks past the tavern and looked through the window, from the shadows she could see people had a pretty crazy night. The smell of throw up and other bits contested to that!

The cafe owner and bistra shakes her head a bit and walks down the dirt path to her home and work. She didn’t take a few steps when someone walks in front of her and she barely stops herself from bumping into them.

“You seem lost little mouse,” A rough voice comes from the shadow infront of her, “Need a hand getting back some place nice and warm?” He asks Arc leaning in a bit.

The woman shakes her head, “I am fine sir, I know where I am going.” She takes a few steps back and gives the man a curtious bow, “Good evening sir.” As she walked around he grabbed her wrist rather harshly, “Come on mouse, you must be thirsty.”

“I said I’m fine.” Arc tries to yank her wrist from the man’s arm, “I don’t have anything you would want, just leave me be!” She yells at the man who shoves her against the wall.

“That’s what they all say.” He growls as a few more thugs pop up. Man she hated the city but it was a good source of income among other things.

There was a man who lay face down on the wooden floor. His face was in a pool of his own vomit, Seredicguessed that he drowned in it but it didn't matter. The Halfling was more concerned about the metal jug that was gripped around his stubby fingers. Seredic shuffled towards the knocked out patron, being as silent as a rat stealing food. If there was one thing Halflings are good at, it was lurking around undetected. Thanks to their unassuming nature, Halflings made for great spies. It was more or less their niche whenever one enlisted into the Allrian Guard.

Seredic immediately grabbed the cup from the portly man's Hog like grip. A pint, a rare size amongst Halflings. There was a law that was passed in Fairbairn that forbade the taverns from offering Pints to Halflings since they often drank themselves to literal death after drinking a few pints. Halflings love to drink and find it hard to resist a good beverage when it comes to Ale. Despite the law, many Halflings go to other taverns around Alliria, to get their pints.

The Halfling stared at the bubbling ale. The fat man didn't even drink a sip of this ale! Pathetic. Though it was probably a blessing, this pint is was a way for Seredic to drown himself in. He was wracked with horror and shame for what he saw and experienced during his stay at the Savanah: A Kingdom once a shadow of its former self is now on the rise and bent on being dominant again. Regardless of what happened, the old man won Seredic knew that. A Dwarven King that everyone thought dead, was actually alive and mad. King Axel came this close to destroying the Savannah before Seredic and the others interfered.

But it didn't matter, the Cintrians got what they wanted and were stronger than ever. A mighty Dwarven Kingdom was reduced to rubble soon to be buried in the sands. Either way the world is going to change and Seredic is here about to drink himself to death. It would've been nice if Seredic had the Wine of Destiny but King Axel never had it! He.never.fucking.had.it.

Seredic was in denial at first, but he knew that the Ancient Dwarf was telling the truth. His stupid Halfling intuition detected it. Seredic had the pint on his lips when he heard a struggle. Turning around, Seredic saw a young woman struggling in the grip of some drunks. She was a human with long brown hair and blue eyes. The Halfling sighed as his heart churned. Once again the spirit of Sally has compelled him to help this girl. The drunks on the other hand weren't in a talking mood however but Seredic was able to talk down many drunk people before.

The Halfling turned to the Pint and sighed. "Not today old friend," he said before placing it down and approaching the men.

"Gentlemen," Seredic said smacking his lips to get rid of that alcohol filled morning breath. "It looks like the feast is continuing into the morning and this leggy brunette is the first of many courses."

"What the fuck are you babbling about Halfling?!" The man who was grabbing the woman said. "You talking all fancy like that?!"

"Apologies," Seredic said wiping the dust off his linen shirt. "It seems that I underestimated the intelligence of this fine village. Let me put this layman's terms something a caveman will understand. The girl belongs to me."

"This bitch?!" The man said yanking the young woman’s arm. "This one is yours?! How a Halfling like you hunted someone as pretty as her?!"

"Well she's ours now!" The man holding the woman said. "There's nothing you're midget ass can do about it! Go play with your spear while we have an "interview" with this lovely lady!"

It was then the Halfling began to sniff the three men frowning as he did so. "A familiar smell," he muttered. "Pardon me gentlemen but did you consume a copious amount of Wine last night?"

The three men looked at each other confused. "Yeah?" one of them said.

"I know it's a lot to remember especially after last night," Seredic said. "But did by any chance you have drank the Halfling Hole?"

"Of course!" The man grabbing the woman’s arms said. "We love that Wine! It tasted like heaven while being affordable!"

"High quality Wine at reasonable is something I excel at," Seredic said. "I am Seredic Stoor: Wine Critic and the creator of the Halfling Hole, one of the finest Wines in all of Arethril. It was through me that many commoners became Wine pioneers."

Flabbergasted, the men pushed the young girl on to the ground as the young woman landed on her butt while they gaped at Seredic. "You?!" the man said. "Are the creator-"

"I can make a deal," Seredic stared at the woman giving her a wink. "This fine lass is my girl and I hate to see hurt in any capacity. If you leave her alone, I can ship all you lads a years worth of wines from all over Arethirl. From Alliria to hot lands of the Savannah."

Seredic recoiled when he talked about the Savannah.

"It's a deal!" the men said in unison while Seredic smiled. "Perfect," he said. "You have my word that will you get your drinks!"

"She was ugly anyway!" One of the men said at the woman while they scribbled their names and locations on a piece of parchment and gave it to Seredic.

"Don't insult this girl like that," Seredic said darkly. "She's lovely and pretty girl. Now go before I changed my mind."

The men left while the Halfling sighed. "Are you all right?" Seredic muttered to her.
Last edited: Jul 12, 2020
Reactions: Arc

Arc looked at the shadow of the halfling man a bit bewildered at what just happened. “Yes I am fine sir thank you.” She rubs her arms and gives the man a slight bow.

“You didn’t have to stick you neck out like that, I would’ve given them a terrible case of frostbite on the nose if I had to.” Arc laughs some then looks at the halfling.

“Im on the way back to my cafe, I could make you a drink if you want one, or maybe one of my pastries for payment in assisting me if you do not mind.” The woman lets out a gasp.