Private Tales The Lion, The Rookie, and The Giant 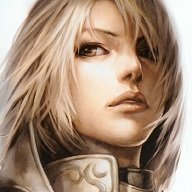 All knights will face? On that Heike vehemently disagreed. And she remained firmly upon her initial position regarding the matter: that either the oaths of other Orders were deficient in some manner, or the man or woman swearing them were lacking of such character that they could not hold true to their own word. The Order of the Golden Blade was not perfect--yes she knew--but every Oathbreaker was of the latter category, so far as the history of the Order was relayed to her. The Trinity of Oaths had not led any man or woman who swore them and held to them astray. And for those Oathbreakers? Exile or, if they so chose, Hinrichtung.

Again, Heike felt blessed to have been born in Reikhurst, and felt awful on Ser Gavin's behalf that he had apparently been made to battle not only enemies from without, but as well the societal woes of Oban from within.

"My Oaths reflect my morals. Else I would not have sworn them," she replied. "Keeping my Oaths, sticking to my morals, doing what is right: all these are one and the same for me."

A massive monument indeed. Heike, Herr Lukas and Herr Dieter, the whole retinue of Golden Blades all regarded the structure with varying degrees of being impressed by its scale and craftsmanship.

And it was getting colder. Heike had put her helm on well before they had arrived at the Fist for all the warmth it would give. It was in a way humorous how being fully armored on a hot day felt particularly torturous, yet when these cold winds came blowing in the same armor did not seem to provide nearly as much warmth as Heike would have liked. Gambesons were looking mighty attractive right now to her as an alternative the Order should seriously consider in circumstances such as these.

Herr Lukas ordered his Knights to disperse and to briefly check the area around the Fist for signs of Dordim or Abagail: discarded items, the remains of a campsite, evidence of a struggle, the like. Heike, as ordered, went in search of such signs as well.

They might not find anything. Or they might find something that could give them some notion of what happened, of where Dordim could have gone after reaching this landmark. 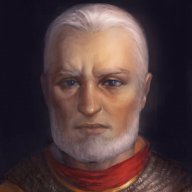 The Lion of Oban

Gavin nodded to Herr Lukas' suggestion to disperse and look for clues. It was a large area to cover and the Fist of the Dwarves was usually considered the place where brave travelers from Kal Palthras rest and plan their trek into the unknown lands of the Seret Mountains. They never made it back. Gavin directly towards the Dwarven Fist assuming that Dordim's group took refuge under it to shield themselves from the cold.

There were many mentions by the inhabitants of Kal Palthras on how the weather was getting colder even though it was in the middle summer. Even Raak lamented on it, maybe it was just an anomaly though Gavin had a feeling that there was more to it than that. He reached the fist and squinted trying to see if there was any signs of a camp being made. Other than some footprints that were faded, there was no camp.

However Gavin found Dwarven symbols carved into the wall:

Gavin had to read it twice to get the gist of it since the symbols were faded. "We mark our territory," he read. "Not the last of the old Dwarven Empire but the first of the new."

He sighed thinking about Belgrath and it's dwindling population, as much as they don't want to admit it the Dwarves were slowly dying. Many Dwarves had left the once mighty Dwarven capital and disappeared into the lands. Kal Palthras on the other hand has began to thrive due to deals made with Elbion, the Kingdom of Cintria and Maaran. But overall the Dwarves were once technological innovators who nearly took over the world with their airships but now seeing them a shell of their former selves saddened Gavin.

Still he wondered if Herr Heike and Golden Blades faired better than him.
Reactions: Heike Eisen

Heike had gone around to the rear side of the Fist, coincidentally where the wind was hindered by the stone itself. A small blessing, that, and a welcome one. The strangeness of the weather was only further underscored, with summer seemingly left behind at the base of the Seret Mountains and winter coming with its icy, bony fingers high up in its altitudes.

Heike gently kicked and brushed away patches of snow with her foot. Studied the ground revealed underneath but found nothing. She walked along carefully repeating this process and had nothing to show for it yet. Surely there would have been something, right? Camping here at the base of the Fist was something that seemed likely for anyone looking for a good site to do. And what if they found nothing? What if, despite all this likelihood Heike had convinced herself of, Dordim and Abagail and their party had not set camp here? Went further onward in some feverish haste in whatever direction they had gone? A direction which, other than through fortuitous guesswork, would remain a mystery to them?

"Golden Blades!" Herr Dieter, some twenty or thirty yards away, shouted. "Ser Gavin! I may have something!"

Heike hustled over, and the other knights came jogging around from their own searches toward Herr Dieter one after another until all were gathered. Down on the ground at Herr Dieter's feet were the old ashes of a campfire, and he held something in his hand.

"What is it, Herr Dieter?" Heike asked.

"Too thin to be a tome." He flipped it open. Looked at the first page. Gave a small smile of satisfaction. "A journal."

Heike, once Ser Gavin had approached, looked to him and suggested in a hopeful manner, "Abagail, mayhap?"

"It's not damaged. A good sign," said Herr Lukas, and a few of the other knights gave small nods of concurrence. "Seems as though it was dropped, or perhaps set down by its owner and forgotten by mistake."

Or, came a thought of pessimistic dissidence in Heike's mind, they had to leave camp in a hurry.

Herr Dieter glanced to Ser Gavin. Gestured upward with the journal, then offered it toward him. Said, "Would you like to look it over? Read us the latest entry?"