You are using an out of date browser. It may not display this or other websites correctly.
You should upgrade or use an alternative browser.
A private roleplay only for those invited by the first writer
Threadmarks 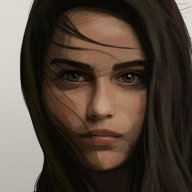 “Must be getting blind in his old age,” the words were said with a huff at Kaius’ back even as there was nothing but endearment in her eyes. That wine skin was empty.

“Off babysitting duty by royal decree I see?” Eyes sparkled in Thorn’s direction. “Have fun tonight,” Riley has the balls to wink at Arywl. Then again, when hadn’t she had the balls to do that?

Deciding it wise to give the two elves one private time. And Kaius some space, she limped back to her and Kaius’ shared tent.
Reactions: Arwyl Minras
Crawling Home New 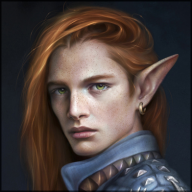 It was home now. At least Arwyl knew that was what he was supposed to feel. Shelters had been made out of woven branches, whilst a handful of buildings had been assembled on the ground and in the trees.

The tight-knit group had been easy to manage, or at least mismanage. They had slept close to the road and kept on moving. Moving, fighting and drinking.

Arwyl had no idea how to run a settlement. People needed food and they needed supplies to keep building. Supplies they would have stripped from the town they had planned to take.

The mood was somber on the way in. They had closed the mines and freed more slaves, but failed to secure a real victory.

It wasn't just those returning that were acting differently. Arwyl picked up on it almost as soon as the convoy moved through the outer watch posts. There was a group already assembled ahead of them.

Arwyl tried his best to look as if he was ready to face up to whatever this was. It was Jarron that addressed them, one of the older elves who had stayed with the group over the years. A safe set of hands for watching the base.

"The Eastern woods aren't safe. Its a spirit or something worse..."

Arwyl lifted his chin. After what had happened he was spoiling for a fight.

"I'll deal with it."
Reactions: Riley and Kaius 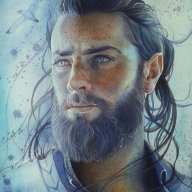 Kaius didn't know how to rest. He thrived on this, since Arwyl's kingdom had fallen, their group had never been larger. He'd divided them into groups, setting tasks to each and rotating them to create a chain of production. He chopped wood, hauled logs, thatched roofs, made weapons - others hunted and foraged, butchered and cooked. Everyone had something to do..

He joined Arwyl to the outer post, his shoulders rolling at the very mention of a problem. Dark brows furrowed at Jarron's report and he looked to Arwyl.

"You don't even know what the bloody fuck it is." he snorted, his spine shuddering slightly. Humans, Orcs, Trolls...any physical beings that could be cut down and bled, Kaius could deal with, but unnatural things? Those gave him the creeps.

She had a slight limp but no longer needed the crutch. The burns on her back left nasty scars but the pain was mostly gone. All thanks to the old witch that she and Arwyl had found on their frantic search to save Kaius’ life.

She loved the elf but he was a goddmaned hypocrite.

She gets hurt ONE time and he gets in a tizzy. She’d already watched him get shot THREE times. She, of course, didn’t mention this. Savoring the nights they could share a tent together instead of hiding. A lot less ‘hunting’ trips needed.

She shot Arwyl a look, joining the males and letting a basketful of apples she’d gather drop gently to the ground. “If anyone is handling it, it’ll be both of us. Sounds like something we’ve encountered already.”