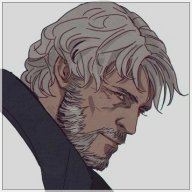 This site has been an incredibly positive and collaborative environment since it began. I want it to remain that way.

In recent months I've seen an increase in negative behaviour on our discord server. A very obvious pattern of those who disagree with another going and fetching people to back up their perspective. I've seen others throw fuel into the fire and clear baiting.

I'd encourage all writers to collaborate positively within our discussion channels and in this Sandbox environment.

This culminated this evening with a member getting heated over a previous incident involving racially charged language. A member was removed from the server to deescalate the situation, but staff were too slow to follow up on the situation and fully resolve it. The temporary ban has been lifted.

I want everyone to understand that staff do not condone racist behaviour in any format.

All staff have been instructed, that as per our policies, warnings MUST be issued before a ban.

We will update our policies to reflect that when we need to give members a timeout ALL parties involved shall have the "Timeout" powers of discord invoked until the matter can be resolved. This proposed amendment is as follows (update in green). There was previously no timeout function in discord and therefore a temporary ban was all we could use.


If you are asked to stop with certain behaviour by a member of staff then please do so. You may be given a Timeout from chat until an issue is resolved. Repeatedly breaking these rules will result in escalating punishment along the following track: