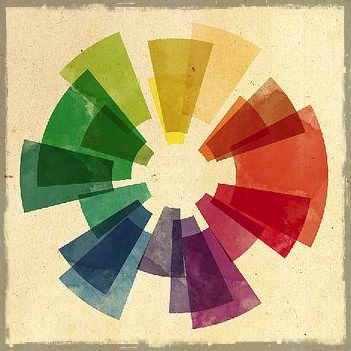 Empathy is a very old magical order, but a waning one. There are few formal schools left and a stigma around the practise has arisen. There are many magical practises that may be referred to as Empathy, but this refers to the discipline of Empathy and all those teachings once formally known as Sympathomantic abilities.

Empathy allows a mage to draw emotions from close by sentient creatures. These emotions can be saved up and use to create magical effects. It is an order very much focused on balance and careful application of magic.

Empathy was once a very popular practice within the areas of Arethil dominated by humankind. Most noble families would keep a house Empath and there were great schools in all the major cities. Nobles would bring family members they felt needing "emotional balance" as an Empath could temporarily drain negative emotions and harness them as a source of magical energy. Lord Ruttegaust was said to bring his eldest son to an Empath almost daily as the heir had already sired almost twelve common bastards and needed his Desire quelled.

As cities grew so too did the resource pool of Empaths. Great schools grew alongside large dynasties of the past. An Empath was often welcome for their balanced and logical advice over their abilities. But over time older arts became less popular. The fashion was the magical arts developed by the new colleges. Humans experimenting, tinkering and documenting. Nobles had scholars instead of empaths.

Slowly a stigma grew about the practise. The term "leaching emotions" started to be used. Rumours grew that an empath could take your cherished memories away. The schools closed, one by one. Some houses kept empaths on, but they did so quietly.

Now the practise is generally passed down one to one. Empaths are found wandering the land, rarely advertising their profession.


An empath slowly stores up a reserve of Emotional Aspects, of which there are eight. The names of these aspects change between different traditions, but they remain the same. An empath senses emotions around them. A skilled empath will easily sense an excess of one emotion and will quite often draw from this with barelt a thought.

One cannot draw from their own emotions, they must be taken from others. It was always taught that balance is the key aspect that keeps all others in check. Whilst drawing has its limits a novice empath can easily drain too much. Taking Desire from a lover could ruin an entire family, stealing Serenity from a man on edge could lead to him doing something dangerous. For this reason they are typically trained by drawing from another empath who has the skill to shut them out. There have been a few empaths who have used this most fundamental part of their skillset to do harm. An entire village was discovered many years ago with the inhabitants seemingly devoid of all emotions.

Using an emotion affects the mage. Too much rage can send a mage insane. Overusing one type can lead to drawing in more than expected. Not just the emotion, but the memories attached: hatred of a father figure, uncontrollable lust for a lover of a source of Desire. An empathy mage must stay in emotional balance or else their ability to use their powers falters.

They have a greater range of abilities than most specialised mages, but are rarely capable of feats of such raw power. They have no real ability to create or draw from magical artefacts.

As part of the balance of their training, empaths were typically taught other skills. All were educated in reading and writing. Music, engineering, martial prowess. Battle mages who used empathy were rare, but once valued. When the schools closed, most empaths managed to find work that didn't rely on a magical art that was now shunned. There are eight emotional Aspects of Empathy. These are split into four pairs of opposing Aspects. These are:
Each aspect is clearly separate within a Mage's mind and can be used to bring about different magical effects. Each aspect is usually limited to either internal effects on the wielder or external effects. Different books and teachers have different views on this split, but the most common view is as follows:


The first bandit gave a shrug and rushed him. They must have done this routine many times with lone travellers and probably never been given much of an issue; they weren’t the type to bother an armed group. The bandit raised both arms and chopped down clumsily with his heavy axe. Raigryn tapped into his stored Fury, stepped aside and swung his blade. The ache in his shoulders vanished, instead he felt heat radiate through his muscles.

The blade barely slowed as it cut through the man's side. It didn't quite carve him clean in two, but Raigryn hoped the feat of strength would bring an end to this. It didn't.

The mage drew from his Joy to weave away, parrying an attack and swinging again with far less venom in the strike just to give himself some space. The two now trying to bring him down were alone, their remaining friend cried out and fell to the ground, pawing at his own eyes. A simple parlour trick but small events could bring sweeping changes in the result.[1]