The home of the MacArthurs, Edenham is the largest settlement of the Highland clans and resides south of Vel Anir, no more then a two days ride from the city, and west of the Falwood. Established nearly two centuries ago, Edenham has since grown from it's humble beginnings as a collect of simple wooden hovels to the thriving community it now is. From Edenham, Clan MacAthur governs over the several Highland clans that call this region home though they are one of many settlements that swear fealty to Vel Anir, House Banick in particular.

Providing lumber, pelts, apples and wool, Edenham enjoys the protection guaranteed by the city however rarely calls upon it. Being of warrior people, Edenham has a standing brigade of 150 men however the numbers can swell to over 500 when the call to muster is made. Known to also be hunters and trappers besides fierce warriors, Highlanders polices their own lands from outside threat, often to great effect.

Clearly influenced by Vel Anir's architecture, the fort and the home estates greatly resemble the cityscape but does has a rustic charm to it thanks to the surrounding land. Ruled primarily by clan MacArthur, the Highland family is viewed as minor nobility with in Vel Anir and are a sword ally to House Banick who shares a voice on how the land is governed.

A primary fixture of Edenham are apples which is tied into the folklore of it's people and serves as one of the primary exports thanks to the apple orchards which are kept. It is common to see apples trees carved into doorways as a sign of good luck or apple motifs woven into clothing in some fashion.

The standard of Edenham is a apple tree flanked by a star and moon. This siginifies the apples that provided nourishment during their journey, the strong roots they intended to establish, and the many nights it took them to get to their home. 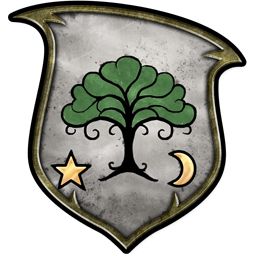 Edenham stands as the largest settlement of Highlanders, a northern race of men who trekked from the Seret mountains to establish their new home south of Vel Anir some centuries ago. Edenham is primarily inhabited by Highlanders though other races of men are welcomed, the general populace seems to hold on to old superstitions and beliefs which generally keep other races away.

Edenham has a close relationship with Vel Anir as it is effectively one of the many settlements under the larger cities rule. Exports such as pelts and apples are some of the many goods the Highlanders send up to Vel Anir while raw materials for the making of arms and wines are the primary goods that are imported.

Though Edenham share's the same peace that Vel Anir currently enjoys, that was not always the case as the Highlanders originally fought against the Anirians. The battle was short but brutal, ending with the Highlanders bending the knee to House Banick as they lead the largest host against the Highland armies.

The center part of Edenham is Fort Wallace which serves as the family estate and a Anirian Fort in times of war. The fort itself borrows from Anirian design and shares many similarities with Vel Anir architect. The people of Edenham are known to be fierce fighters as generations spent quarreling with in their own ranks produced men and women who are adept at waging war. They are also capable hunters and trappers, as it was something ingrained into their society dating back to their ancestors from the Seret Mountains. Highlanders are valued with in the Anirian military thanks to these aspects.

Like most surrounding settlements, Edenham does send half of their harvest and other goods to Vel Anir but does not accept the offered military assistance as the Highlanders police their own lands to great effect. This show of independence has granted the MacArthur clan a title of nobility with in Vel Anir, as they are scene more as allies then conquered a conquered territory in the eyes of House Banick. However, the MacArthurs most confer with House Banick regarding any large decisions that are to be made in this region, resulting in a tense relationship at times.

Built along the beautiful green hills south of Vel Anir, Edenham location was chosen because of the resembles of the Highlanders original home in the Seret Mountains. Surrounded by small forests and nestled beside Artendal Lake, Edenham serves as a beautiful getaway from the larger Vel Anir and has been known to host many a noble in their log cabins.

Borrowing from Vel Anir, much of the architecture hearkens back to the thick stones, tall walls, and towers used through out the city, at least with the construction of the fort. The surrounding houses follow the same design, using brick and mortar with clay red tiles upon the roofs. The houses further out adopt a more rustic look and primarily a log cabins, echoing the hovels the Highlanders once lived in.

Much like Vel Anir, it is not uncommon to see flags and banners though the sigils are of either prominent Highland clans or the famed Apple Tree sigil of the MacArthurs as opposed to Anirian Houses. Only Fort Wallace flies an Anirian standard besides it's own, that being the sigil of House Banick.

Fort Wallace - Serving as the home of the MacArthur clan, the estate holds the appearance of a fort more so then a manse, with high walls and towers. In times of need, the the fort can house the inhabitants of Edenham with room to spare. Fort Wallace was the first stone structure built after the Highland bent the knee and it's design is of Anirian origin. Though not known to the common folk, the fort extends deep into the hill itself with several rooms used for storage and possible escape routes into the neighboring hills.

The Old Tree - A old apple tree planted behind Fort Wallace, the Old Tree is hidden among a thicket that is all but restricted to visits unless permission is granted by the MacArthurs. The only way to safely reach the Old Tree is along a path that follows along the wall of Fort Wallace. The tree itself is believed to have been grown from a apple seed carried from the Seret Moutains during the Highlanders great pilgrimage and thus holds a special place in the hearts of Highlanders.

The Golden Apple Pub - For residents and travelers alike, the pub serves as a meeting place and is famous among the hill lands for it's apple cider, ale, and whiskey. Located at the base of the hill, the pub is positioned strategically to draw as much attention from the town folk and weary travelers thanks to it's bright golden painted roof. Easy to spot, it draws customers in to drain them of their coins at the exchange of excellent food and drink.

Artendale Lake - A beautiful lake that sits below Edenham, it was named after a beautiful maiden who wagered her freedom against a suitor she did not care for in a race. Swimming from one end to the other, she won her freedom and was released from the agreement her parents made. Impressed, the lord of the MacArthur clan took Artendal as his own wife.

Established over two centuries ago after the Highlanders made their pilgrimage from the Seret Mountains far up North, Edenham was nothing more then a collection of hovels at first. However, after the Highlander bent the knee to Vel Anir, the shaping of what Edenham now is started to take form. Through out the years of conflict, Edenham has thankfully remained untouched for the most part thanks to it's placement. Nestled around the hills, Edenham is a nightmare to siege because of the view that is afforded to it's archers and the difficult placement of enemy siege engines. Because of this, most enemy forces choose to ignore this area all together.

This does not mean they are untested however, as marauders have attempted to pillage Edenham ever so often. outside of small loses, Edenham has managed to maintain their position as the dominate force in this region. 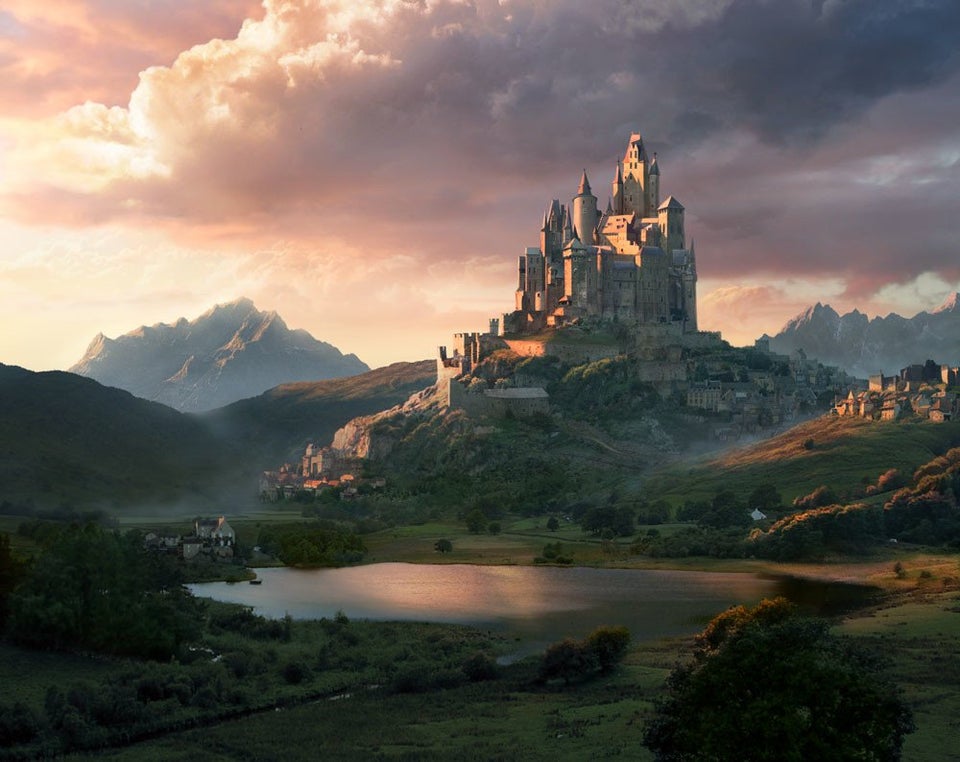 The MacArthurs are the ruling clan of the Highlanders and thus, reign over Edenham.

The name Edenham comes from old Highlander text stating that their departure from the great mountains ended when they found their Eden, or place of belonging.

Meredith MacArthur currently resides as the Lady of Edenham, ruling until her son can assume the position of Lord.

The Sword of Edenham is a titled bestowed upon a Highlander in circumstances where the current lord or lady of Edenham is unable to lead it's forces.

To eat an apple from The Old Tree is to be blessed for all of your life.

This page has been seen 938 times.