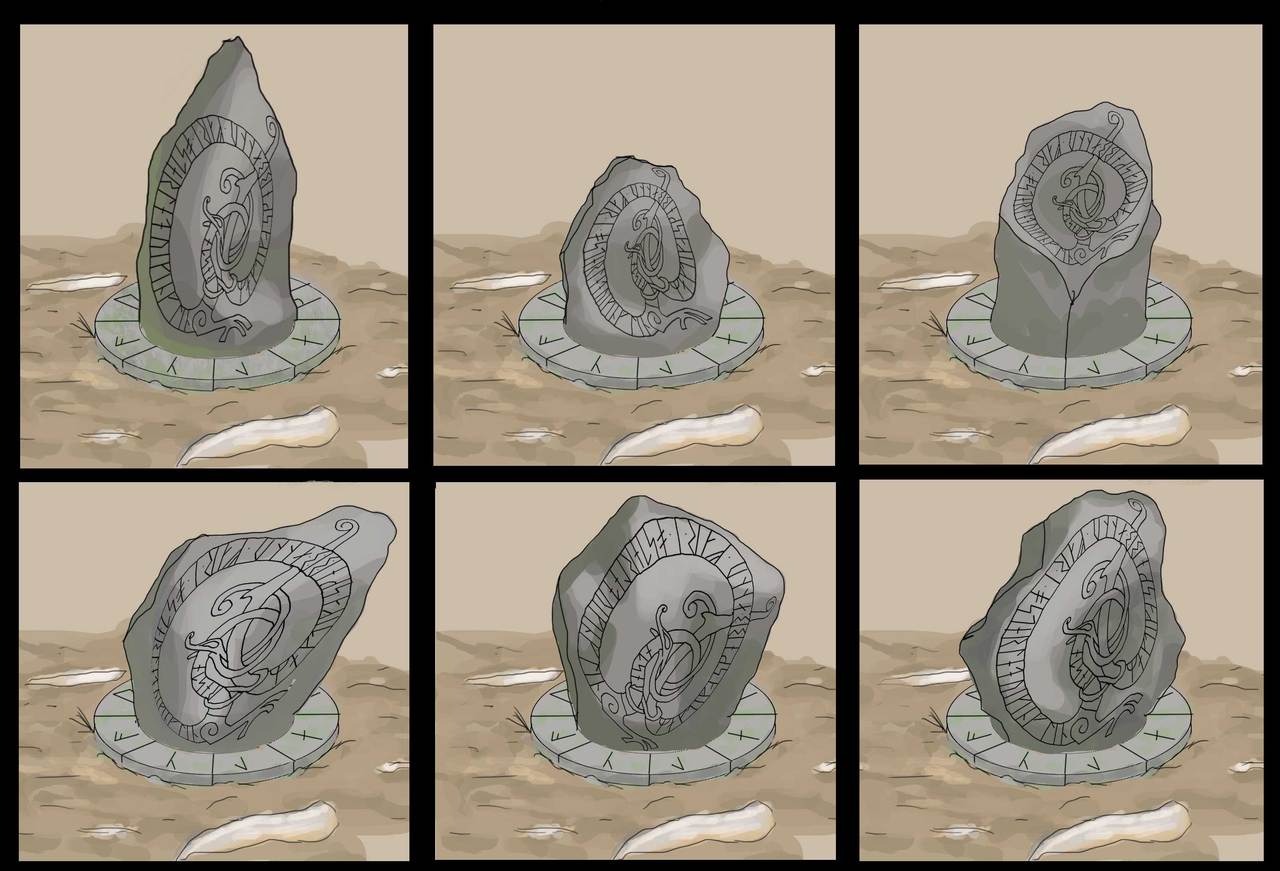 Portal stones are found across all the major continents of the world, enabling long distance travel to all who can access magic or afford a key. It remains unclear who created them. There are twelve active portals currently known.

All portals are roughly hewn stones propped up in the ground that emit a faint magical aura that many people without magical talent can sense. Each is surrounded by a circle of burned grass or charred stone roughly five metres across. This circle makes it clear how close to the stone one has to stand to be teleported when a stone is activated. On one side of the stone can be found a circle of destination runes. In the centre of the circle is a much larger rune that identifies the stone. On activation the destination rune must be touched. Touching two is a good way to end up sending half your insides to each destination.

Despite there being just four known stones there are over thirty runes. Most are inactive. Five can be used but no one who uses them ever return. Another was thought to be like this, but five years ago a mage who accidentally sent himself to that stone returned, drenched in seawater, to declare that the stone was at the bottom of an ocean. This has led many to speculate that the five other runestone may be active but buried. It is generally assumed that the other stones must have been destroyed. Some speculate that if left unused for a time a stone might not have the latent magic remaining to even act as a destination and simply finding the lost stones could reactivate them.

To activate a stone requires magical ability or a key. Using a stone is something magical users across almost all disciplines can be taught as a novice.

Portal Keys are magical items crafted by a mage. They take many forms, from vials to runes to bone charms. Each is destroyed when touched to a portal stone. They are relatively easy to make and form a steady income for most mages. For this reason despite the efforts of some kingdoms to limit portal stone travel, Portal Keys can still be found easily on the black market.

Each stone only teleported those individuals within the small circle around it. It can take a few seconds to minutes before a stone can be used again and this can increase if used frequently in quick succession. For this reason they are not suited to transport large forces or armies.

For an observer a person entering a stone simply blinks out of existence. No sounds, no magical lights held the arrival of someone through a stone. For the person travelling the experience is akin to being underwater in a pitch black cavern. Nothing can be seen, just a calm sound similar to rushing water. Some have reported hearing whispers in a foreign tongue and these voices have become a popular Folklore story that put a lot of people off from travelling by portal stone. Travel takes a few seconds to a minute depending on the distance. Many find the experience frightening, others think it is quite a relaxing way to travel, especially when compared with the dangers of the road.