Private Tales The Start of Something Odd 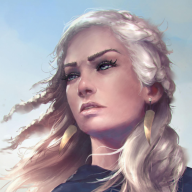 ​
Ellory frequented The Dreaded Drink because it was quiet, the drinks were cold, and the food was good. She was simple like that especially after dealing with criminals all day. She needed peace and drinking alone at home was just depressing. Today was different, though, today Ellory was drinking at midday.

The Anirian Guard slid onto her usual stool at the bar and smiled at Jillian. Jillian was one of the few people outside of work that she considered a friend and today she needed a friend more than usual. She had just found out that her baby sister, Ryan Ashford, had never returned from a mission and she was assumed dead. The news had reached her before it had reached their parents so Ellory had spent the morning with them and now she just needed a drink. She also needed company because it would not end well if she was at home alone.

She ordered her drink and just slowly nursed it as she tried to push aside her sadness. She did not have time for mourning. She was a Guard and she had work to do. Today was the only day she was allowed to grieve openly. 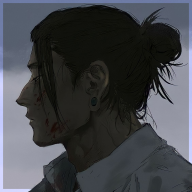 Elias was granted "leave" more often than most, thanks to his conditional enrollment within the Academy. A move made by his family over a decade ago saw that the House would also have a part in his development. After all, Elias was the first in generations to be born with Ennoa Sirl's treasured magic.

However, ever since the revolution and his family's fall from grace, it'd given Elias much more freedom than he had before. One way he capitalized on this? Midday barhopping.

Having just left an establishment that catered to... simpler tastes, Elias found himself at The Dreaded Drink after hearing of its high-quality stock. Not a regular patron, he'd taken the stool at the far end of the bar and left himself to his thoughts and a glass of milky-white liquor (supposedly an import for the far-eastern Empire).

Shortly after he'd been served, his curiosity piqued at the woman who sat down smack-dab in the middle of the bar, and he watched her for a while. He was no stranger to that gaze. The kind of tortured, distant look. The way she gripped her glass and how she found comfort in her drink.

When she found her glass empty, Jillian did not miss it and instantly filled the glass.

"Courtesy of the young lad down there," the barkeep said with a cant of her head, and when Ellory looked his way, Elias cooly raised his glass to her.

Ellory couldn't tell you how long she had been nursing the same drink but Jillian - being Jillian - already had a new glass slid in front of her. The Guard looked up at the barkeep with a questioning look. Was she that readable? Yes...yes...she was.

"Courtesy of the young lad down there."

She glanced in the direction that Jillian had indicated and smiled at the young lad who had bought her a drink. Jillian winked conspiratorially at Ellory which caused Ellory to narrow her eyes.

Glass in hand, she stood from her stool and headed towards the end of the bar to meet her mystery man.

"Thank you," she said with a very small smile. She did not take the seat next to him though. She did not want to presume that he wanted her company.

"Sure thing," Elias returned her smile and tilted his head at the stool next to him, "Why don't you join me? Drinks are best shared, and you look like you can use the company."

There was a moment of pause between them, and after it passed, Elias turned in his seat to completely face Ellory.

Ellory nodded and took the stool next to the man. Elias.

"Yes, I supposed I could use the company. It has been a day already and it is barely afternoon. It seems like I am not the only one who has decided to start drinking early though."

She realized then that she had not introduced herself to him.