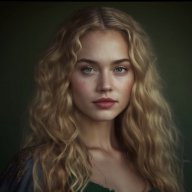 The first day of winter had walked in with a confident, bold grace, a stoic mother to tuck sweet autumn in for rest. There were times that Anais longed for the vivid hues, the brilliance of floral blooms. There were times she dreamt of the sanctuary of soft earthen browns and the flicker of fireside flame. But as she watched the thick snowfall from her window, casting a fresh, pure blanket of white over the usual grey drab that was Vel Anir, she felt her soul breathe.

It would be tonight, whilst the streets were quiet and the city slumbered, that she'd leave this life behind her. Her beloved pearly friesian had been made ready some hours ago, and she waited until her house fell to rest before making her way silently outside. The heavy oak door closed with a soft click behind her, her fingertips tracing over a small carving of the letter 'A' she'd made in the varnished wood when she was too little to know any better, and she sighed, her breath a pale plume against the numbing air. She had grown up within these walls, and yet there would not be a day that would pass that she would miss anything about it. There was no fondness, and she could not stay and endure another moment of the lamentable life her parents had mapped out for her. Even in the weeks she’d had to reconsider her decision, they’d only succeeded in pushing her further away. And so she turned her back on her home, took her first crunchy step of freedom, and promised herself that she wouldn't look back.

She blinked thoughtfully as the frost patiently kissed her face, captivated by the soft, dusty illusions of light that sat heavy on her eyelashes. She adored the snow, more so when it was falling. It danced in the halos of warm lantern lights that lined her street, a choreographed ballet conducted by the gentle wind. Her emerald gaze wandered across the untouched, fresh new page that awaited her, her lips curling at the silence that seemed to fall with each feathered crystal. She watched their descent for a moment of calm and clarity, their chaotic flight to form a blanket that could not be more uniform, more orderly. Yet for some their destination was to come to her hand, to alight upon her ungloved palm and let her warmth be their spring melt.

The moonlight was a diffuse ocean above her as she left the city, lessening the inky blackness of the night, but not so bright as to dull the stars that speckled and glittered in the heavens above, peeking down through the breaks in the heavy cloud. She needed no torch to find her way, the snow a buttermilk blanket that reflected the light of Arethil's moons and illuminated the land like some surreal dreamscape. Fintan carried her from the Vel Anir unhindered, and she made her usual journey along the river and through the shallows, across the fields and to the meadow and to the little snow-capped windmill by the forest's edge.

She smiled to herself as she peeked out from under her snowy hood and lifted her gaze to the window, sure that he would be here. He was always here.

"Amrose?!" she called, exclaiming in whisper as she tried not to disturb the silence. "It's today!" 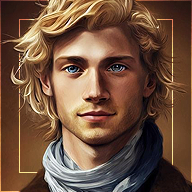 A figure perched upon windmill's window ledge, reclining like some lithe cat. He wore a loose fitting shirt and pants in the Anirian fashion, but the ears that peaked up from under his auburn hair were pointed. One leg hung off the ledge, dangling in the drifting white flurries.

Eyes as gray as the clouds above slowly lowered to glimpse the girl on the steed.

"It is a day," he replied, the clear notes of his voice carrying in the stillness of the falling snow.

He was as ever, a man of few words. At times she'd failed to understand why he continued to teach her, why he'd agreed to escort her, he never did appear to like her company very much where as she preferred his to almost anyone she'd ever known. Anais had never really had any friends, only those who'd been told by their parents to associate with dependent upon their social standing and wealth. The red-headed elf, however stoic and silent he so often was, was a free spirit, at least to her, and he'd held her intrigue - much to his chagrin it seemed.

Still, she persisted and smirked at his response as she dipped her hand into one of the saddle bags and plucked out a red apple, a shock of colour in her palm against the surround of white. "Brought breakfast." As always.

"We are leaving today, aren't we?... You are still escorting me through Falwood?.." her head tilted at him, fearing he'd forgotten or had changed his mind. She'd never make it alone, even with what basic skills she now had with a blade - they were just that. Basic. And a woman alone was a recipe for disaster.
Reactions: Amrose

He peered down at her for a moment, with a feline gaze, then he dropped lightly from the windowsill to land in the snow beside her. His knees bent to absorb the impact, but when he straightened he appeared completely at ease with the landing, his boots crunching in the snow as he took a step forward and plucked the apple from her.

“We can’t,” he said, steel gray eyes holding her own for a moment as he bit into the apple with a crisp crunch. A trickle of juice wandered down his lip, he licked it away. “A storm’s coming in, we have to stay here for tonight.”

Turning on his heel, he took another bite, chewed thoughtfully, then swallowed. He looked over his shoulder briefly.

“Unless you’d rather go home?”

It was not truly a question, and his silvery voice did not truly pose it as such, the syllables more flat and even.

Then he tred through the doorway and disappeared inside the windmill.
Reactions: Anais

Verdant eyes studied him carefully as he dropped into the snow to collect the apple, his graceful movements, his stoic expression. He was like a disinterested cat. She sighed quietly, and her slender brows knit at the news of the delay. "Oh.." she answered distantly as she lowered her fur-lined hood, her golden braid pulled around her shoulder. She turned her gaze skyward, feeling her shoulders slump as she turned back to watch him disappear into the windmill.

"I.. N-no." her head shook, and she hesitantly followed after him. They would know soon that she was gone, they'd find the pantry rummaged, her clothes packed, her best cloak gone and her horse's paddock empty. They'd send men to look for her, but she hoped with the thick snowfall that whatever tracks she'd made would be quickly covered.

"You.. You haven't changed your mind, have you?.." she asked cautiously. If he had, she couldn't blame him. Vel'Anir hated him enough for what he was, she dreaded to think what they might do to him if they found him with her, helping her run away from it.. "I know it's a lot to ask. I'd understand if you had.." Her teeth latched onto her lower lip to nibble on it idly as she cast her gaze around the little place.
Reactions: Amrose

Inside the dark interior of the windmill, the wiry elf leaned against a wall. Tousled red hair hung down across his face. In the darkness, she could not see his eyes but for the faint gleaming of light reflecting off them.

“This is Vel Anir, Princess. The only place your kind want me to be is in the dirt.”

An old wooden table with three chairs filled up the middle of the room. The floor was made of old oak boards, warped by the passage of time. He gestured toward it, indicating she sit.

“How many of your family’s men-at-arms will come looking for you? And how many knights?”

Even one knight and a half dozen men at arms might be beyond his abilities. But that many men would make noise in the stillness of the snow.

Anais frowned gently at his snort, his words. "If you had changed your mind." she corrected him. "And I'm not 'my people', nor am I a Princess." she growled irritably, a muscle feathering in her jaw and her fists clenched at her sides as she fought to maintain some semblance of decorum. Frustration got the better of her.

"You know. I just left my entire family, my entire life behind me. You're now quite literally the only 'friend' that I have in this world and I would really appreciate it if you didn't treat me like..." she fought for a word and failed. "The way you do." she huffed, her green eyes glassy with anger as she attempted to stand her ground.

"You've helped me more than anyone in my life ever has and yet you act like you're being forced to. Why are you helping me?" she asked, ignoring his gesture for her to sit and ignoring his question, her arms folded over her chest as she stared at him with stubborn petulance.
Reactions: Amrose

Amrose stared at her, expression unreadable beneath the wealth of scars marring what may once have been a handsome face. No longer.

Whatever life he once led was gone now. Burned, just like his home at the hands of the Dreadlords... so many years ago, yet still he could smell the smoke in his sleep. The suffocating heat. The firelight blindingly bright in the night. And... the screams in his ears. So loud.

“And how do your people treat mine?”

The words came out in a whisper.

“Have you ever seen infants hung from trees simply for the shape of their ears?”
Reactions: Anais

She swallowed an ache in her throat at his question and hesitated. "N-no. I haven't. But you cannot blame me for the crimes of 'my people'. I was born where I was born, but I chose my own beliefs, I choose my own life. I am trying to leave those people. I am -sorry- for what has happened to you, Amrose. And if you do not wish to help me I understand, and I will not blame you, but if you wish to help me then do it and stop treating me with such bitterness and contempt." she frowned at him.

"I have not treated you like 'my people' treat 'your people'. I have tried to treat you as a friend, and I have tried to figure out why you have agreed to help me when it seems to trouble you so much. So answer me. Why? Because you seem insistent on letting me bear the shame of my people when I have been nothing but grateful to you." her voice cracked.