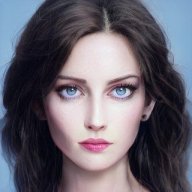 Divina Rosenstern prided herself on many things. Her wealth, her affluence, even the associates she knew. All of them, money-grubbing, hungry for power or for her name. The Black Widow, oh yes, they were so creative with their names weren't they. Saying sweet words to her face and sniggering as she walked away, well, she hardly cared for their useless panderings and 'my lady's. Let them laugh, she always had her own way regardless.

After all, if one was to rule a capitalist empire, one might have the right connections. And so, she waited.

Within the high walls of her private garden, Divina watched the ships in the harbor. At times, all the wealth felt paper thin; like whatever affluence and money she gained through marriage or self-growth would sink under the waves. She worked hard for all of it... but how easily could all of it slip through her fingers. She was here to extend her dynasty, so to speak; if he was on time, that was.

Today, she dressed demurely once more, in a deep blue dress with a high collar, the embroidery of black flowers and vines trailing along the cream of her throat and the delicate thinness of her wrists. Long chestnut hair was swept up away from her face and left to cascade down, the cut of it simple enough but the richness of the fabric, the fine quality meant it more than some mere merchant's daughter wore it.

She was unafraid of her heritage. She would build it into her legacy. No longer for her children; two times she had tried, and two times she had failed. It was time for the Rosenstern name to live on in other ways. At a low stone table in the misty green garden she waited, the high walls surrounding it interrupted by windows into the Reach harbor view, and beyond.

Wine sat at her elbow, yet she did not drink just yet. Soon, perhaps, he would arrive. 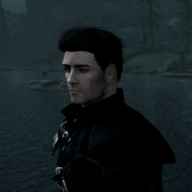 His arrival was silent, as he requested the servant who escorted him to refrain from announcing him as he was shown to the garden.
It was indeed a beautiful place, one would find a no finer web than in the lair of the "Black Widow" herself, and he allowed himself to be ensnared by it.
But far more captivating than the surreal scenery was the sight of the mistress herself, Lady Rosenstern.

He was dressed in black formal attire for this meeting, the purpose of the meeting was not made clear in her invitation so he simply made an educated guess. They had talked some of business and some of pleasure when they first met and danced so he prepared for both.

The servant closed the door quietly behind him as he made his way carefully across the garden, choosing an indirect path that will bring him to enter the clearing behind her, his boots didn't make a sound on the path and he was careful not to brush against any of the plants until he was close enough.
She was seated at a stone table with wine already set out. She had been waiting for him.
Now he purposely brushed against a bush, allowing the rustling to alert her to his presence.
Reactions: Divina Rosenstern

She did not startle, but slowly turned in her seat, pale blue eyes staring with a keen sharpness across the Merchant King. It had been some time since they last met, but as she recalled, he was not the sort of man to keep a lady waiting. Indeed, she rose, giving a slight bow in response, her voice hushed.

"I do apologize for summoning you to my own home, instead of choosing a middle ground, but I do not trust the walls outside my own," she spoke up, fingers lacing before her. "Would you please sit? I am grateful for your prompt arrival, Tzuriel," she finally finished speaking.

She would not sit until he would; that was the manner of the game. Politeness, always carefully worded and managed to speak. He was a king of his own domain, and she would treat him as such.
Reactions: Tzuriel Alanthis

Divina Rosenstern said:
"I do apologize for summoning you to my own home, instead of choosing a middle ground, but I do not trust the walls outside my own,"
"Would you please sit? I am grateful for your prompt arrival, Tzuriel,"
Click to expand...

He smiled, all the politeness of a noble, all the grace of a lady and all the tact of a merchant.
"It's quite alright, I doubt you could have chosen a more beautiful spot in all of Alliria for us to meet."
He meant the location, but the double meaning indicated her own beauty as well. She was stunning even in the simplicity of the style.

He approached her and gently took her hand and kissed it with a small bow before going to sit at the stone table. This was still a game of politics, even in private.
"I'm grateful for your invitation, Lady Rosenstern..."
He smoothly took a seat across from her.
"... Although the nature of this meeting was not specified in your invitation, that only made me... supremely more curious..."
He met her eyes and held them there, all of his attention focused on one person and the purpose for which she desired this private personal call.

Her lips twitched with a faint smile at his formality, blue eyes warming ever so slightly as well. "Forgive my rudeness... I would have come as a guest, but I was not certain if your abode had any eyes and ears that did not wish me well."

Hardly news for her really, many wished ill for her the moment she stepped foot as a member of the Council.


Tzuriel Alanthis said:
"... Although the nature of this meeting was not specified in your invitation, that only made me... supremely more curious..."
Click to expand...

She nodded along, now a fuller smile upon her lips. "Indeed. My reason indeed was two-fold. I will not lie to you that I did not find you an attractive man at the ball where we met," a subtle nod towards him, "nor flinch in the face of expressing that I find you an intensely desireable person to be around with. That being said..."

She would nod towards the carafe of wine, if he wanted any he was welcome to partake. She would pour it herself.

"Business before pleasure, if either are in your interest. As it is, you mentioned previously of your interest in Rosenstern brand... I wanted to inquire if you still held as keen an interest." Her features were calm, open and welcome to allow him to lead the conversation as he desired, but there was a telltale glimmer in her eyes of some mild edge of anticipation.

Divina Rosenstern said:
"Forgive my rudeness... I would have come as a guest, but I was not certain if your abode had any eyes and ears that did not wish me well."
Click to expand...

He nodded in understanding, but assured her nonetheless.
"I've been in the trading business since before the Alanthis Trade Empire was formed. Every deal made on my turf is absolutely secure short of an invisible spy directly standing in the room with us. But I understand your caution, it's difficult to be certain in our line of work."
Indeed he even developed a mental discipline that safeguarded himself from mind readers and the sort just to keep his secrets out of the rumor mill unless it was with his own permission. Caution has made him supremely successful in his profession.


Divina Rosenstern said:
"Indeed. My reason indeed was two-fold. I will not lie to you that I did not find you an attractive man at the ball where we met,"
"nor flinch in the face of expressing that I find you an intensely desireable person to be around with. That being said..."
"Business before pleasure, if either are in your interest. As it is, you mentioned previously of your interest in Rosenstern brand... I wanted to inquire if you still held as keen an interest."
Click to expand...

The corner of one side of his mouth went up. So this is what she was unwilling to put in her letter, though even if she had put it in her letter he still would have come. While it was a bit premature to say the feeling was mutual he was more than willing to give those feelings a chance.
He let her fill his glass and sipped the quality wine, it must have been a sample of her brand.
"Supremely interested, Lady Rosenstern. You have quite thoroughly grabbed my attention. Like you said, business before pleasure, so let's get to the pleasure as quickly as possible shall we?"

He had offers like this on the daily, but few showed as much promise as Divina Rosenstern.
"You had mentioned your company produced wine, grain, fur, silks and that you also built your own ships..."
He regarded the wine he was drinking, he was hardly a connoisseur or critic, but this was certainly comparable to the wine in Oban.
"... And you also mentioned the potential branching out into industry as well, the processing of raw materials into viable products? That's a wide range for a single brand, but you seem to be able to find sufficient buyers and customers to keep what you have afloat... So I'm led to assume that you cannot viably reach into the industrial business without considerably expanding your client base, a service that my company can provide."
His face was thoughtful and considering and he rested his chin on his hand.
"Do I read you correctly?"
You must log in or register to reply here.
Share:
Facebook Twitter Reddit Pinterest Tumblr WhatsApp Email Link
Top Bottom