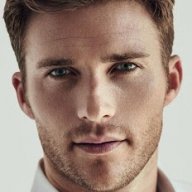 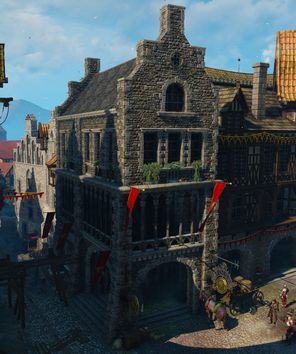 The first stage of each and every successful robbery was deciding what you wanted to steal and why you wanted to steal it. Alexios had already confirmed both of these things on a personal level and on a 'party' level with his soon-to-be partner in crime. So with the goal in mind there was nothing to do but follow the next step.

Second step was just as simple-sounding as the first; researching the 'How'.

How were they going to steal What they wanted was more important, even, than Why they wanted it in the first place. But the way you confirmed the How was to do something rather tedious and that was to watch, observe and thoroughly plan. Usually his kind of robberies were closer to piracy or highway robbery than a bank heist but the basics were the same.

The bank had the decency to always be in the right place at least so that was a bonus over the other two types of robbery. Milling about in the marketplace that the bank was built to face and service, Alexios was idly haggling about the prices of dates with a vendor. Really he was keeping an eye out for his partners in crime and the bank.

But he also liked dates so he could do two things at once while looking like he was only doing the haggling.

This thread will be closed after the first few posts - it's open for now in case some people want to drop in late
Reactions: Smiling One 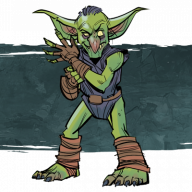 He was running early. Pork always tried to run early for work. He was starting a new job today, and it was the greatest honor anyone in his family had ever held. He was to be the newest teller at the 1st Bank of Oban. He was walking at a merry pace through the market, headed to his destination. He could see the grand building from across the avenue, and it gave him goosebumps. Although he was hungry, Pork was too excited to stop for anything the market had to offer. No meats, or cheeses, or even dates would draw his attention today.

As he stood before the great doors of the bank, he stopped and let the moment sink in. He inhaled a deep breath. "Today is going to be a great day!"

Moving through the crowds, Alexios couldn't help but raise an eyebrow as he watched a Goblin walk toward the bank. If it wasn't for the way it was walking, striding with purpose, he might have dismissed it as just another oddity but the smaller creature was definitely interested in the bank on a professional level.

His mind began working in it's usual, devious, way and he smiled placidly to himself so no one could accuse him of suddenly laughing maniacally like he wanted to. It was a habit he tried his best to ween himself off of after all and he was making progress damn it.

Walking ahead of the goblin wasn't hard (longer legs and all) so he reached the door ahead of the Goblin and held it open.

"You've got a lot of enthusiasm and I can respect that!" he greeted the happy Goblin with a smile less placid and less maniacal, "Big purchase today or something?"