Forgive me if this has been asked before but there is a question I have for you guys for whoever can answer me on this.

I know races like Vampires/etc that are inherently immortal yeah? Let's say if I wanted to make my character immortal in some other way. (For example some weird as heck sorcery or like a relic of some sort) Would this be viable for me? My character has two big character flaws as the story has progressed. The main one is he lost an eye due to an event in the main storyline me and my partner been working on.

The other flaw is that Nosdyn can't have kids. He's a celibate or whatever that term is and he can't produce more of his kind naturally.

So what I am thinking is like...to make up for this he eventually starts seeking some sort of way to obtain immortality. Maybe this occurs in the end maybe it doesnt. But eventually his end goal becomes getting immortality. I'm not sure what are the site rules on this but it should be an interesting discussion anyway. Let me know your guy's thoughts on this and what are the rules on this. Note: but immortality I mean like old age can't kill Nos but other means will be able to. Like decapitations and stuff like this for future reference. 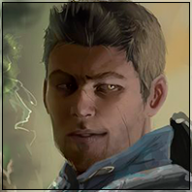 Technically speaking there is nothing in our rules that is against this. There just has to be a price. For instance, Vampire's pay the price of their immortality by not being able to walk in the sun, drinking blood, etc.

So basically the answer is yes, it's possible, but it has to be fair and within our rules. Immortality can't be free, there has to be a price for it.

Also remember that Immortality does not equal invincibility. Everything has a weakness on Chronicles
Reactions: ArchNemesis

Thanks for the prompt response I appreciate this.

Nos will still be killable as normal I just wanna do a thing where old age can't kill him. So he'd have a prolonged life span or something of the sort is how I'm thinking of working this out. And yeah insofar as a price goes I will come up with something good for this.

Yep then all good!