Open Chronicles A quest for an... egg!? 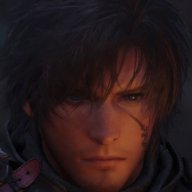 Zephyr Willow was contacted by a mysterious source in Elbion to retrieve a egg of a Draconian, located in a nearby cave. Zephyr was cautious of this of course because he knew that a Draconian would never live, nor lay eggs near a human civilization like Elbion. Zephyr was about to decline this request, until he saw the completion reward, which was (unbelievable) 1,500 Gold! This amount of Gold was more than Zephyr was making from his normal Mercenary task. He eventually ended up taking the quest, still cautious of the Draconian living so close to Elbion. Once the egg was found, Zephyr was supposed to take it to a backroom in the Gilded Feather shop, located in Elbion's Merchant District. According the the writer of this request, Zephyrs reward gold (if the request was completed) would be delivered to his house the following day, after examination of the egg to see if it is real. Zephyr now sets out for the cave in search of the egg.

"So, it seems I have to head northeast of Elbion, towards the mountains, that's where I should find the cave" said Zephyr as he looked at a map, marked with the location of the cave. This map was provided to him, along with the letter requesting him to find the egg. After Zephyr took a few more looks at the map, he decided to head out to the cave. Before going though, he retrieved his backpack (filled with his self crafted health potions), and his trusty short sword, which he named Gale, after his mother.

During his journey to the cave, he came across many wild wolves, and boars, which he easily took care of. Now, Zephyr continues to head to this cave, with high interest in what could await him there.
Reactions: Szesh, Ashling Delaney and Nycto
You must log in or register to reply here.
Share:
Facebook Twitter Reddit Pinterest Tumblr WhatsApp Email Share Link
Top Bottom