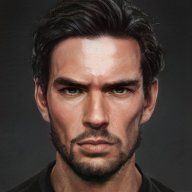 Was he drawn to chaos by some instinctive, elemental need to tame it and put it in its place? As a man of order and principle, Artur certainly seemed to choose to live a life steeped in turmoil and unknown factors. Though plenty of his time was spent behind a desk, quill set in calloused hand, there was never too much time passed before he was back on the road with his lively retinue, addressing the multitude of unforeseen issues the barony might present to them.

That cool, crisp evening had them on a sweep of a small wooded area. The collection of copses had been subject to rumor recently of unknown figures stalking the trees that the suspicious and paranoid locals had, of course, dubbed as 'nefarious' in appearance (though not one had actually caught a proper glimpse). It was typically a quiet and untroubled piece of land and, frankly, it was secluded and inconsequential, but Artur was not somebody who could simply ignore concerns and complaints when they came from the people he considered the foundation of their barony. Even a token presence could make all the difference in how they viewed his brother's leadership.

The sweep was a slimly manned one with only a couple of his men (well, one was a woman) spread out between the trees. They covered more ground by spacing themselves widely, but always remained within the distance of a sharp whistle should they run into trouble. In the branches above them, the urvogel circled in broad arches. Though not as capable at reasoning as their flightless handlers below, they were clever animals taught to identify oddities and recognize threats.

It was Otis that alerted Artur with his whistle and chirrup, though he seemed uncertain if he should be whistling for discovery or whistling for threat. In the indecisive, blended sound that ensued, the man did catch the short sequence of clicks that indicated person. Humanoid. That was enough to have him quickly turning off the narrow and insubstantial dirt path and rushing in the direction that Otis had perched himself and was still chirping proudly from.

In the dying light of the evening, Artur had to focus to spot the dark feathers of the urvogel, but once it was in his sights he followed the trunk of the tree down to the figure huddled against it. His gloved hand hovered over the pommel of his sword, ready to grip the hilt and unsheathe the weapon should the situation call for it, but it took only half a second for him to realize that the collapsed figure was unmoving. A second longer to notice the bloom of darkness on their garb that was assuredly blood.

Releasing his weapon, he pushed through the thicket towards them with a newfound impetus. Someone was hurt. "Sir! Are you consc-" Oh, but it wasn't a sir, as he came close enough to kneel by the huddled and bloodied figure. A woman. "Shit, I mean Miss. Are you conscious?"

Though hardly a doctor, the man had seen enough of his companions injured to know better than to try to move her right away without first assessing her injuries, and that would be done a lot more efficiently if she were awake to assist him. In preparation, he slid his satchel over his shoulder and set it in the damp leaves beside him. Otis continued to make a fuss in the branches above them, quickly joined by his brother, Otto, who quietly stared at the pair of humans below with a focused, beady eye. 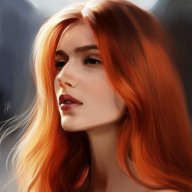 No one could ever accuse Rooney of not fully immersing herself into her jobs. She was committed and she always went the extra mile. Always.

When she had received this job, she had immediately started her research. The company never asked why so neither did she. She had no idea why someone wanted Artur Corbett dead but her orders were to make him suffer after taking him for everything he was worth. It seemed a little dramatic but she was no position to say no.

Her daughter's life depended on her doing her job and doing it to the best of her ability.

So that was why Rooney had paid someone to beat the shit out of her and stab her before leaving slouched against a tree on Artur's normal route. It was hard to fake pain and injuries to gain sympathy so she had to make it real. Someone was always excited to hurt her for money. There were so many disgusting people in the world.

Rooney was half-conscious (she really had gotten her monies worth) when Artur approached her.

"Shit, I mean Miss. Are you conscious?"

She opened her eyes slowly and looked at her target. "Yea..."

The one word came out very slowly and she closed her eyes again.

"Robbed, stabbed," she moved her hand from her side to show the blood that stained her hand.

Artur hadn't initially believed the rumors of suspicious activity in the area, knowing that sometimes the people could be jumpy and superstitious, but the proof was bleeding out right in front of him. He grimaced at the grim reality of it, it not once occurring to him that the bloodied woman might actually be the source of said suspicious activity. Unrest in the barony was difficult enough to handle without crime going on the rise.

"Are you aware of anywhere else you might be severely injured?" The question came firm, quiet, and calm as the man leaned in close to get a better look at her bleeding wound, gingerly touching around the edges with his broad finger to assess whether there was still anything lodged in it or not. She was pretty battered, of course, and self-awareness could be challenging with a lot of blood loss, but if she happened to be aware of any broken bones or extra stab wounds...

He next took note of the freshness of most of the blood. This assault did not occur too long ago and the culprit might still be in the vicinity. So as not to whistle right into her ear, he sat up straight again before letting out the shrill sound to alert his companions of his discovery. The sound also prompted both urvogel to screech and launch themselves into the air, whirling off to locate the others and lead them back.

"If not, I am going to move you to sit up more," he articulated clearly and carefully once his focus was back on her entirely. His voice was grave and resonant even as it was intentionally quieted to not startle her. The gaze he held was weighty and severe, though not without an edge of sympathy and concern. Artur was steady in times of high stress, and it showed in his demeanor and purposeful action. He always did well at hiding what he was actually thinking and feeling, and at that moment he was furious that anyone had the audacity to rob and attempt to murder a young woman under his watch, as there was little doubt she would likely have died if she had not been found. He didn't dare to feel any relief at having found her, not yet. Not until he was certain she was going to be all right.

"Are you aware of anywhere else you might be severely injured?"

Rooney shook her head slowly with her eyes still closed. It really fucking hurt and she supposed it was a little karmic justice for all the shit she had done. She had to keep reminding herself of the reason though. The one reason. Her daughter. She would endure the pain this time and every other time going forward.

She cried out as he prodded at her wound and tried to scoot away from him. He was gentle but by the gods she wanted to punch him for the pain he had just caused. She was unable to move much though so she just remained slouched there.

Rooney opened her eyes again and nodded, "I can...sit up." The words were slow as she tried to move but did not get very far on her own. Luckily, Artur was there to help here and she was soon sitting straighter against the tree.

Her breath was ragged as she moved her head to look up at him. "Thank you for stopping," she said in the most helpless voice she could manage - it was not very hard at this point. She had lost a far amount of blood and she could feel herself getting lightheaded again.